Star Wars The Rise of Skywalker is here. Read on to find out more info on this great new movie and find out how to get your very own copy! Disclosure: I received a copy in exchange for my opinion. However, all opinions are 100% mine. 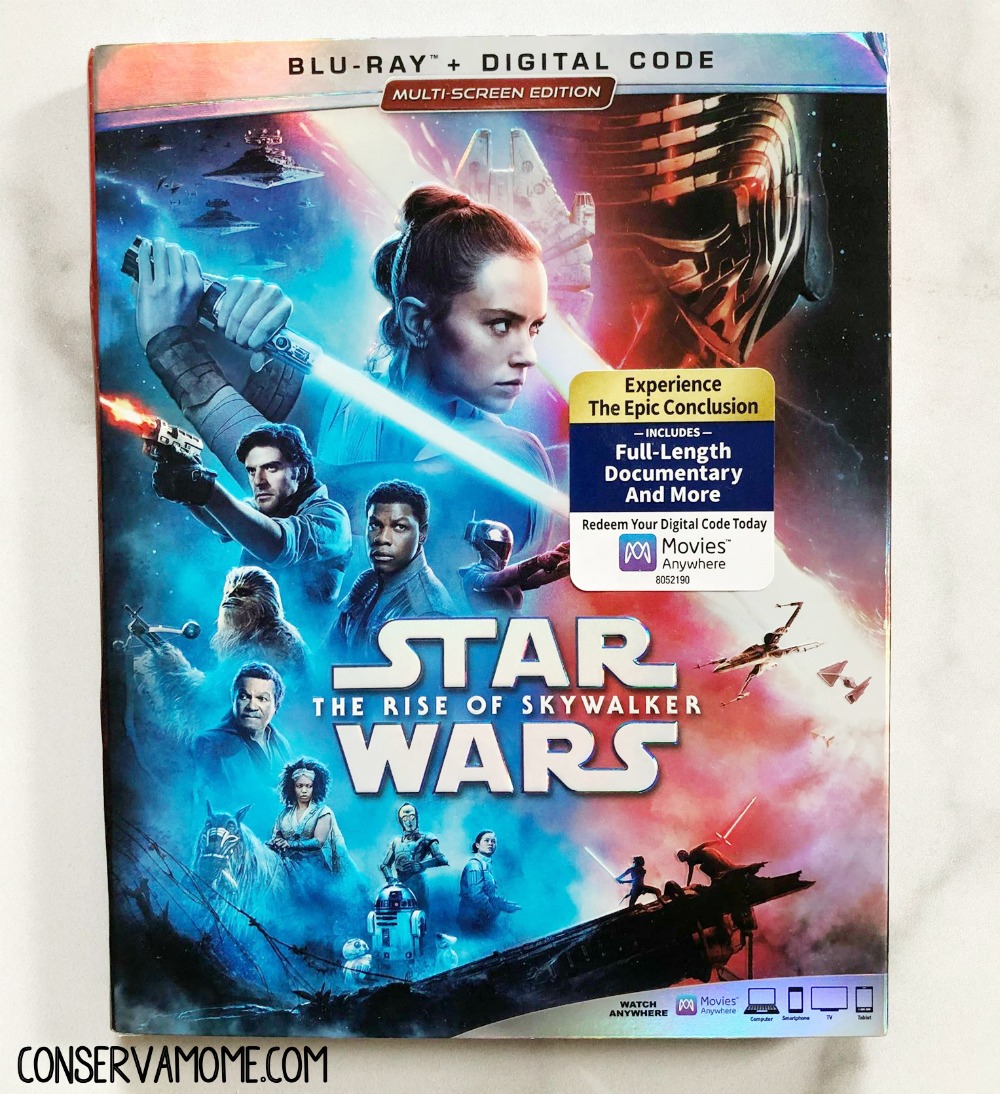 It’s finally here and just in time to help make life a little sweeter.  The final film of the Star Wars series is here,  The Rise Of Skywalker.

Star Wars: The Rise of Skywalker, Lucasfilm and director J.J. Abrams’ riveting, inspiring conclusion of the seminal Skywalker saga, electrified audiences around the globe, earning more than a billion dollars worldwide. Soon fans can complete their collections when Star Wars: The Rise of Skywalker is officially here digitally in HD and 4K Ultra HD™ ,Movies Anywhere on March 17,  and physically in 4K Ultra HD™, Blu-ray™ and DVD on March 31.

Bonus material includes a feature-length, making-of documentary, which goes behind the scenes with the cast and filmmakers from Star Wars: The Rise of Skywalker and explores the legacy of the Skywalker saga. Bonus features also dig into the film’s Pasaana desert scenes, including the thrilling landspeeder chase, and the ship in which Rey discovers family secrets as well as a new little droid named D-O. Plus, fans will hear from Warwick Davis, who reprises his role as Wicket the Ewok, as well as the creature effects team that created a record 584 creatures and droids for the film. Digital consumers will receive an exclusive feature highlighting legendary composer John Williams, who has scored every episode in the Skywalker saga.