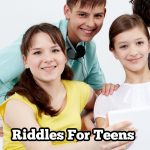 Teens are hard to entertain, but no matter how tough they are they all love a good riddle. Ready to stump them? Check out these Riddles for Teens! 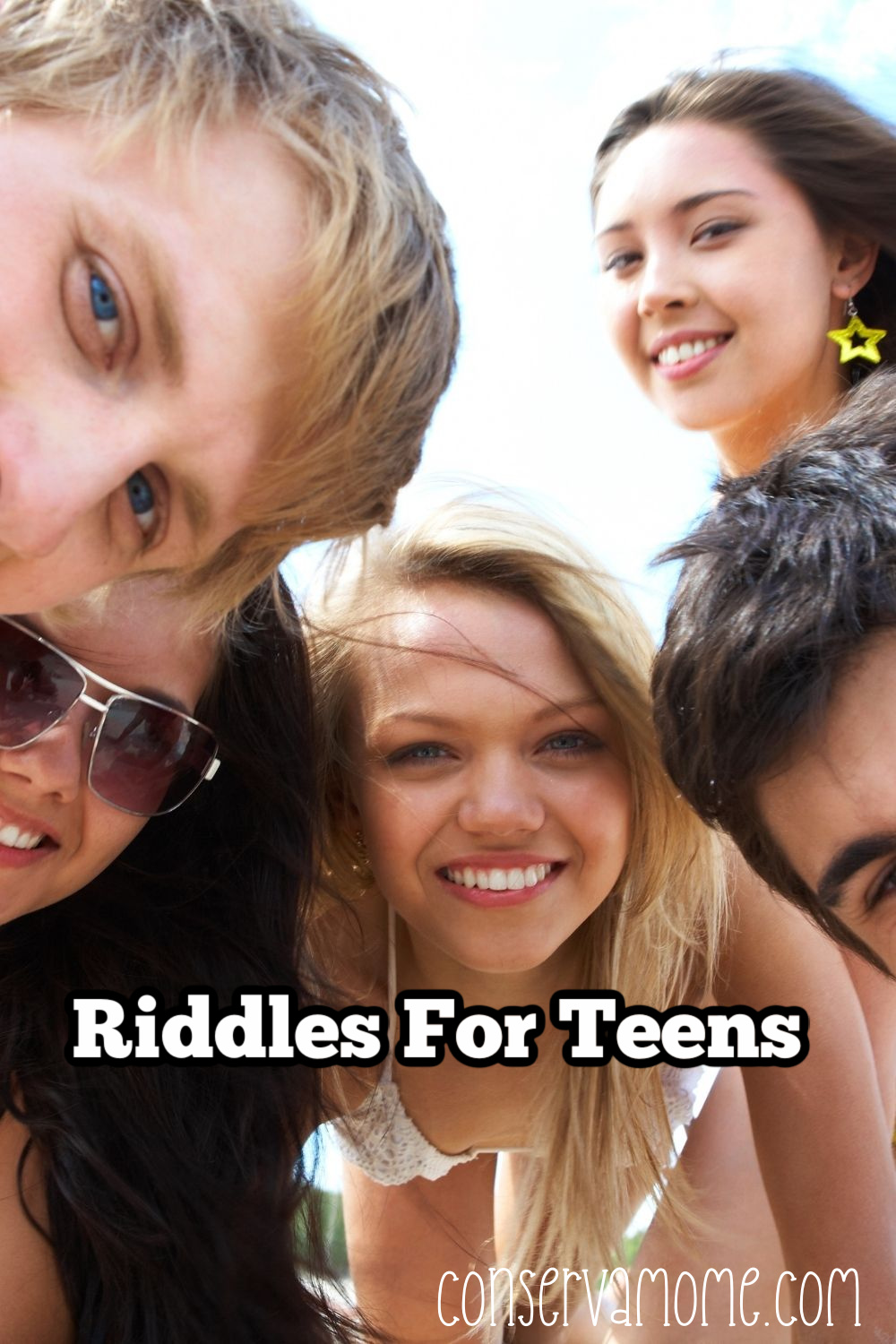 As you can tell by the many riddles I post here on my page, I love riddles. Riddles are a fantastic way to liven the mood and make the brain work. Riddles are excellent Ice breakers and a fun way to get people engaged.

Sadly with the last year teeagers have especially been affected with depression and life in general has been tougher. For teachers and parents engaging your teenager has been harder than ever. Riddles are a great way to help get the conversation going.  Teens are hard to entertain. If you’ve been around a one or more teens you know things can get hairy pretty quickly when they’re not in the mood. That’s why it’s easy to come up with teenager memes, because teenagers are so difficult.

That being said with the difficulty also  comes the fun. The fact teenagers can understand things more make for more fun conversations with teens. That’s why I love these Riddles for teens. This is such a fun way to get them laughing and remind them to have a little fun.

So read on to check out some great riddles that teens will love!

Riddles that teens will love

You’re in a race and you pass the person in second place. What place are you in now?

A man was outside taking a walk when it started to rain. The man didn’t have an umbrella and he wasn’t wearing a hat. His clothes got soaked, yet not a single hair on his head got wet. How could this happen?

The man was bald.

The engineer is the boy’s mother.

A plane crashed between the border of Canada and America. Where do you bury the survivors?

They are survivors, you don’t bury them.

How can you go 10 days without sleep?

You sleep at night.

All 5 sisters are busy. Ann is reading a book, Rose is cooking, Katy is playing chess, and Mary is doing the laundry. What is the 5th sister doing?

I have branches, but no fruit, trunk or leaves. What am I?

Riddles that are fun for teens 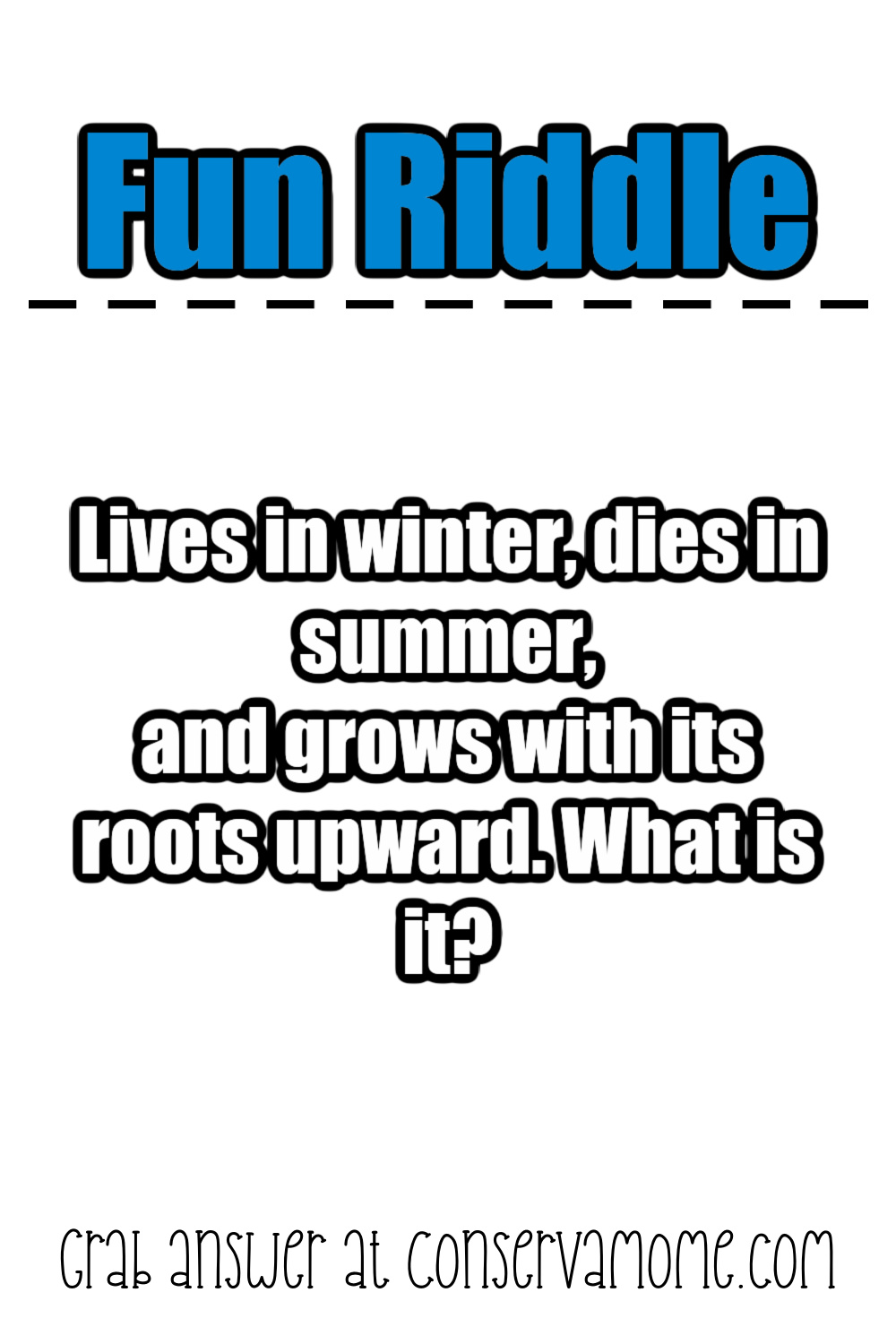 Lives in winter, dies in summer, and grows with its roots upward. What is it?

Which English word is the odd one out – Stun, Ton, Evil, Letter, Mood, Bad, Snap, Straw?

If you are running in a race and you pass the person in second place, what place are you in?

If you multiply me by any other number, the answer will always remain the same. What number am I? 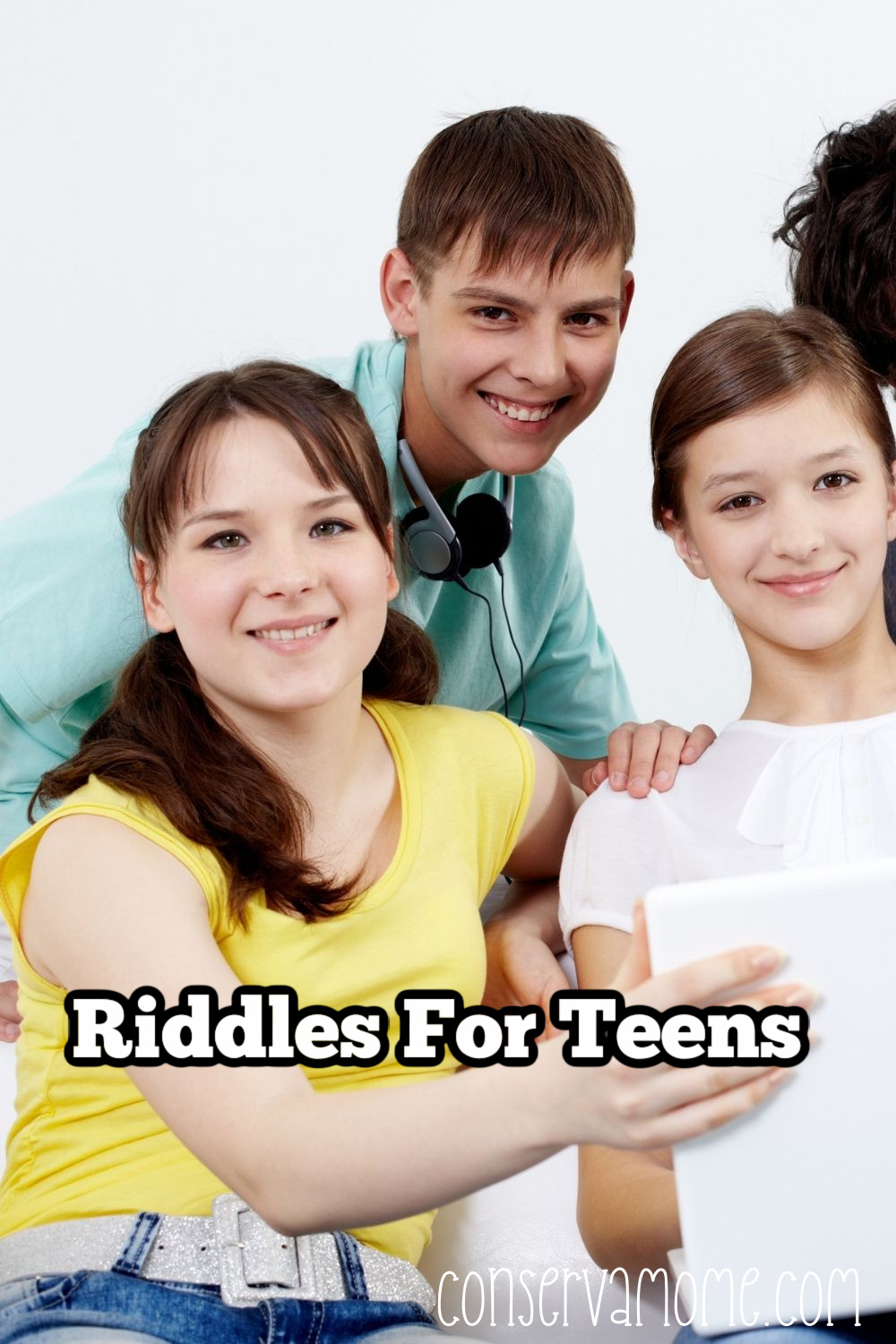 My buddies and I were inseparable mates
Til one by one were we split
My teacher, she gave me a smack on the pate
And off in the corner I sit.
Admittedly still I’m not hitting the books
Though now I’m hugging a tree
I guess in the end it’s not bad as it looks
I went from a C to a B…

Three doctors said that Robert is their brother. Robert says he has no brothers. Who’s lying?

No one is lying – Robert has 3 sisters who all happen to be doctors.

My first is in chocolate but not in ham, my second’s in cake and also in jam, my third at tea-time is easily found, my whole is a friend who’s often around. What am I? 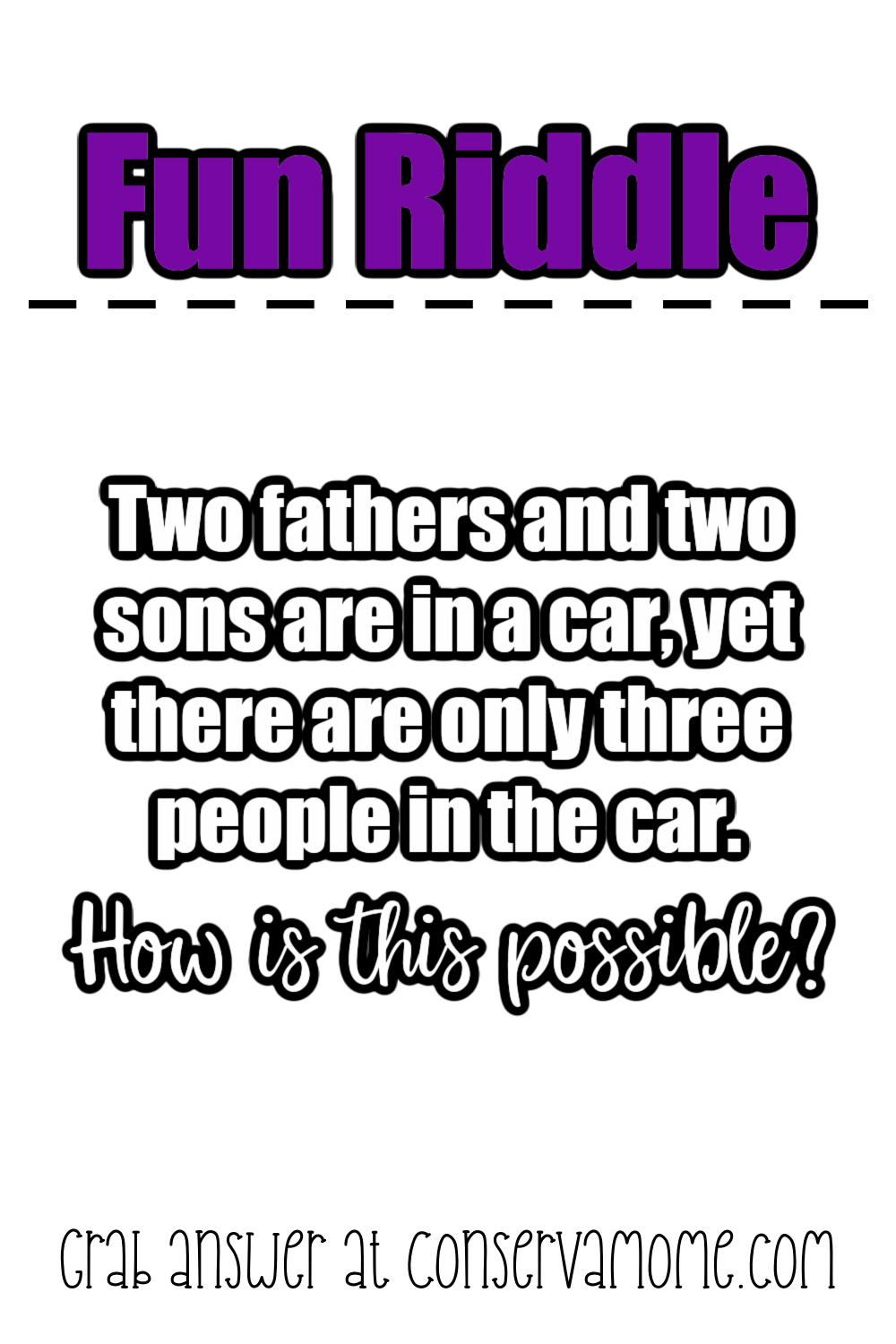 Two fathers and two sons are in a car, yet there are only three people in the car. How?

They are a grandfather, father, and son.

A murderer is condemned to death. He has to choose between three rooms: the first is full of raging fires; the second, assassins with loaded guns, and the third, with lions who haven’t eaten in years. Which room is the safest?

The room with the lions because the lions are already dead.

A woman is sitting in her hotel room when there is a knock at the door. She opened the door to see a man whom she had never seen before. He said, “Oh I’m sorry. I have made a mistake. I thought this was my room.” He then went down the corridor and in the elevator. The woman went back into her room and phoned security. What made the woman so suspicious of this man?

You don’t knock on your own hotel room door!

You walk into a room that contains a match, a kerosene lamp, a candle, and a fireplace. What would you light first?

What has no beginning, end, or middle?

He waits until night time and then goes through the first door.

When does Christmas come before Thanksgiving?

The combined age of a father and son is 66 years. The age of the father is the age of the son, but with the digits reversed. How old are they?

There are four brothers in this world that were all born together. The first runs and never wearies. The second eats and is never full. The third drinks and is always thirsty. The fourth sings a song that is never good. What are the four brothers?

When you look for something, why is it always in the last place you look?

Because when you find it, you stop looking!

There were the following people at a family gathering: one grandfather, one grandmother, two fathers, two mothers, four children, three grandchildren, one brother, two sisters, two sons, two daughters, one father-in-law, one mother-in-law, and one daughter-in-law. But not as many people attended as it sounds. How many were there, and who were they?

7 people:  two little girls and a boy, their parents, and their father’s parents, totaling seven people.

Divide 110 into two parts so that one will be 150 percent of the other. What are the 2 numbers?

How many letters are in the alphabet?

There are 11 letters in “the alphabet”.

Looking for more riddles? Check out these Riddles with answers