Sign up for all the latest!
Home » Kid Fun

I’ve teamed up with Scholastic for a fun giveaway. However, all opinions are 100% mine.

We love the DOG MAN series in our home. However,  Did you know  Dav Pilkey’s hit series for middle-graders, DOG MAN, is available in Spanish!

You heard right. Spanish was my first language growing up and I’m trying to teach it to my kids. However, many times it’s hard to find books they will love that are in Spanish. That’s why I am thrilled with the release of this great series.

It’s helping them learn more Spanish and keeping them entertained with all the fun antics of DOG Man – El Hombre Perro! 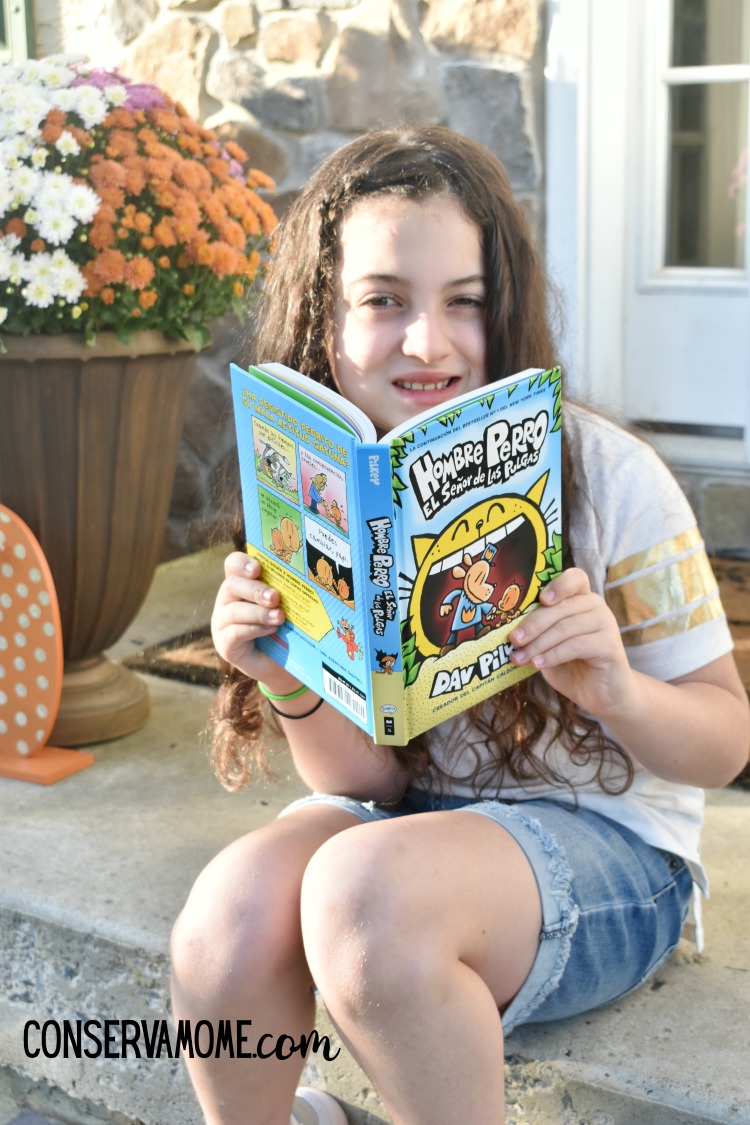 DOG MAN TO THE RESCUE! 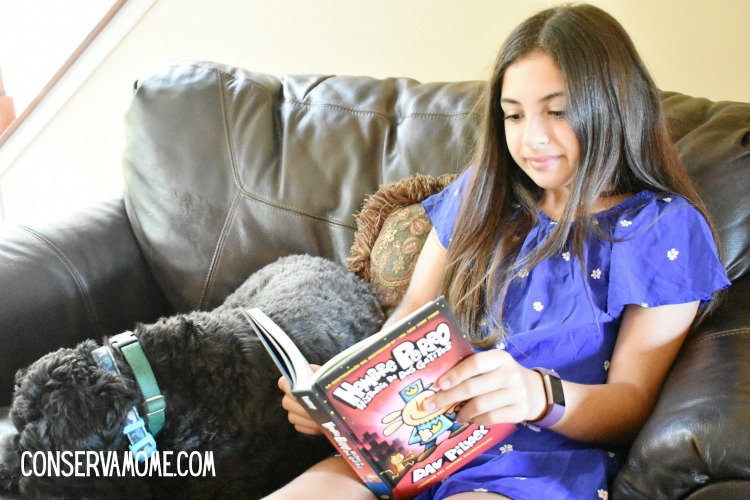 When a new bunch of baddies bust up the town, Dog Man is called into action — and this time he isn’t alone. With a cute kitten and a remarkable robot by his side, our heroes must save the day by joining forces with an unlikely ally: Petey, the World’s Most Evil Cat. But can the villainous Petey avoids vengeance and venture into virtue?

With its trademark humor and heart, Dog Man launched in August 2016 to multiple starred reviews and was instant bestseller, appealing to kids and critics alike. The series has more than 23 million copies in print to date with translations in 32 languages. Dog Man: Brawl of the Wild, released on December 24, 2018 with a 5 million copy first printing, dominated both adult and children’s bestseller lists, and debuted at #1 overall on the New York Times, USA Today, Wall Street Journal, and Publishers Weekly bestseller lists. 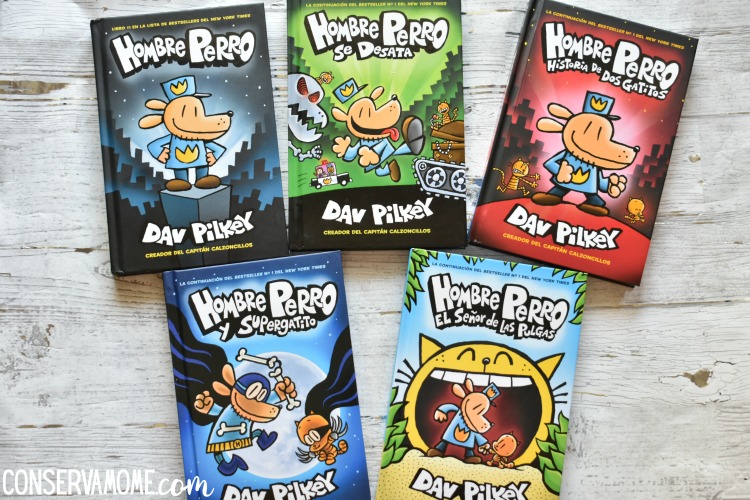 Dog Man follows the adventures of a lovable canine superhero who’s part dog and part policeman. With each Dog Man book, readers see the growth and development of the main characters George and Harold through their comics. Their artwork, grammar, as well as their spelling improve as the series progresses.

You can check out the Dog Man books  in Spanish. Read below for the complete list: 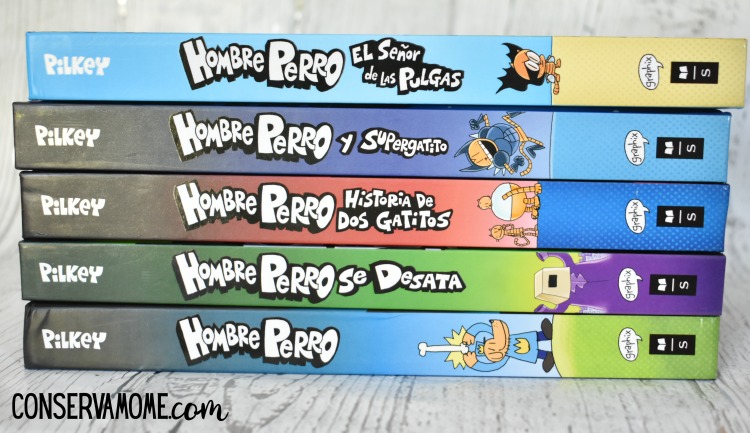 Starting in August and continuing throughout the fall, Dav Pilkey’s “Do Good Tour” will bring together kids, families, and educators, to highlight the many ways books inspire—and how each individual can help others make a positive difference wherever they are.

Hosted by bookstores and key community partners, all of the events will have a “do good” component to support non-profit literacy organizations, local charities, military families, schools as well as libraries in underserved areas. The “Do Good Tour” officially kicked-off at the Mississippi Book Festival in Jackson, Mississippi on August 17th.

Now for the Best part, one lucky winner will get the set of 5 Hombre Perro Books in Spanish and this shirt and plus toy.  Head below to enter! 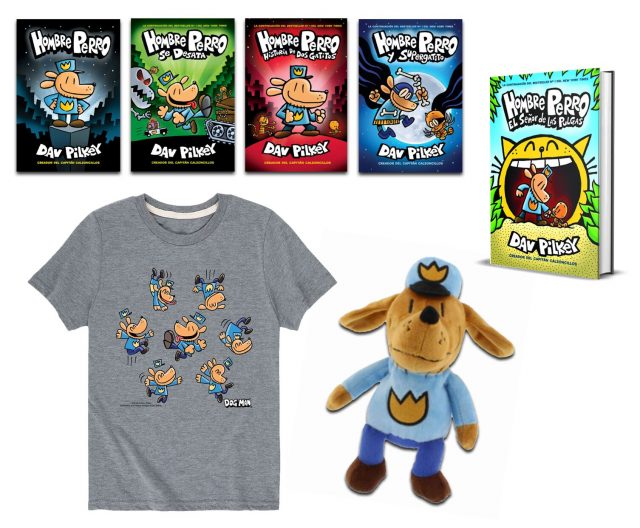 Disclosure: All opinions are 100% mine. This giveaway is in no way associated with, sponsored, administered, or endorsed by  Facebook, Twitter, Google, Pinterest or any other social media network. All opinions and experiences are Conservamom‘s. Open to US, must be 18+. Confirmed Winner(s) will be contacted through email and have 48 hours to respond before a new winner will be drawn. No purchase necessary. Void where prohibited by law. The sponsor will be responsible for product fulfillment to winner(s) of the giveaway. The disclosure is done in accordance with the Federal Trade Commission 10 CFR, Part 255 Guides Concerning the use of Endorsements and Testimonials in Advertising. For questions or to see your product featured in an Event you can contact  Elia At Conservamom