Sign up for all the latest!
Home » Lifestyle » Finance

One man’s trash is another man’s treasure. Does your clutter contain hidden cash? Find out some easy ways to see if it does.

Does Your Clutter Contain Hidden Cash?

Have you ever considered whether some of the clutter in your home is valuable? There could be old items gathering dust in your loft that are worth a lot of money. Below are just some of the items that you shouldn’t throw away while decluttering – they could be a hidden source of cash.

If you still own old toys from your childhood, it could be worth having a rummage through these toys. Some of them could be rare collectibles and could be quite valuable. Beanie Babies, Pokemon cards, PEZ dispensers, original Furbies, 1950s Barbie dolls, and original Transformer toys are a few obvious examples – however, there are many other valuable toys to consider. Old video game consoles, games, and accessories can also fetch a lot of money. Toys are only likely to be valuable if in good condition. Unopened toys that are still in the box tend to be the most valuable.

It could also be worth looking through your bookshelf to see if any of your books are first edition. This refers to the first batch of books that were produced the year the book was released. First edition books of popular old novels can be very expensive. Examples of novels with valuable first editions include the Harry Potter series, The Da Vinci Code, The Kite Runner, and the Twilight series.

In the last decade, vinyl has become very popular again. Many collectors are interested in first pressing records – these are copies that came out during the year of release, as opposed to re-releases. First pressing records of famous old records can be very valuable – particularly records by The Beatles, Prince, David Bowie and Elvis Presley.

Have you heard of ‘The Disney Vault’? During the 1980s and 1990s, Disney would release VHS tapes of Disney movies for a limited time only before putting them back into the ‘vault’. Some of these early VHS copies are now very rare and sought after. If you’ve still got some old VHS tapes in your loft, it could be worth digging them out to see if you’ve got any Disney tapes – some of these could be worth selling to a collector if they are still in good condition.

Your old broken electronics may still hold some value. But don’t just sell them for parts! Many electronic items contain old. By stripping them yourself, you can extract this gold and make more money than if you were to just sell the electronic device whole.

It’s worth checking the value of items you may have inherited from family members. Certain old ornaments and furniture could be considered antique items. Certain old watches could be very valuable, particularly if they’re manufactured by one of the top luxury watch brands. Things like old paintings could also be valuable.

Have you kept onto any pieces of equipment from hobbies that you’re no longer interested in? Things like music instruments, sports equipment, DIY tools, and cameras could be worth a lot of money if they’re still in good condition. Don’t cling onto these items if you know you’re not going to ever get back into these hobbies. 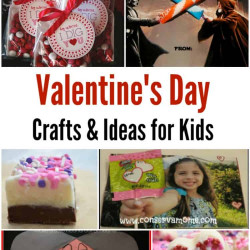 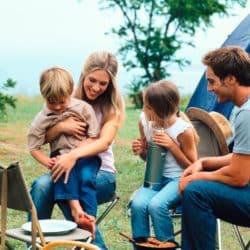