Sign up for all the latest!
Home » Family Fun 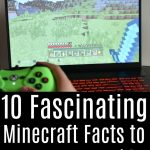 Do you have a Minecraft Fan in your home? Check out 10 Fascinating Minecraft Facts to Impress Your Kids. 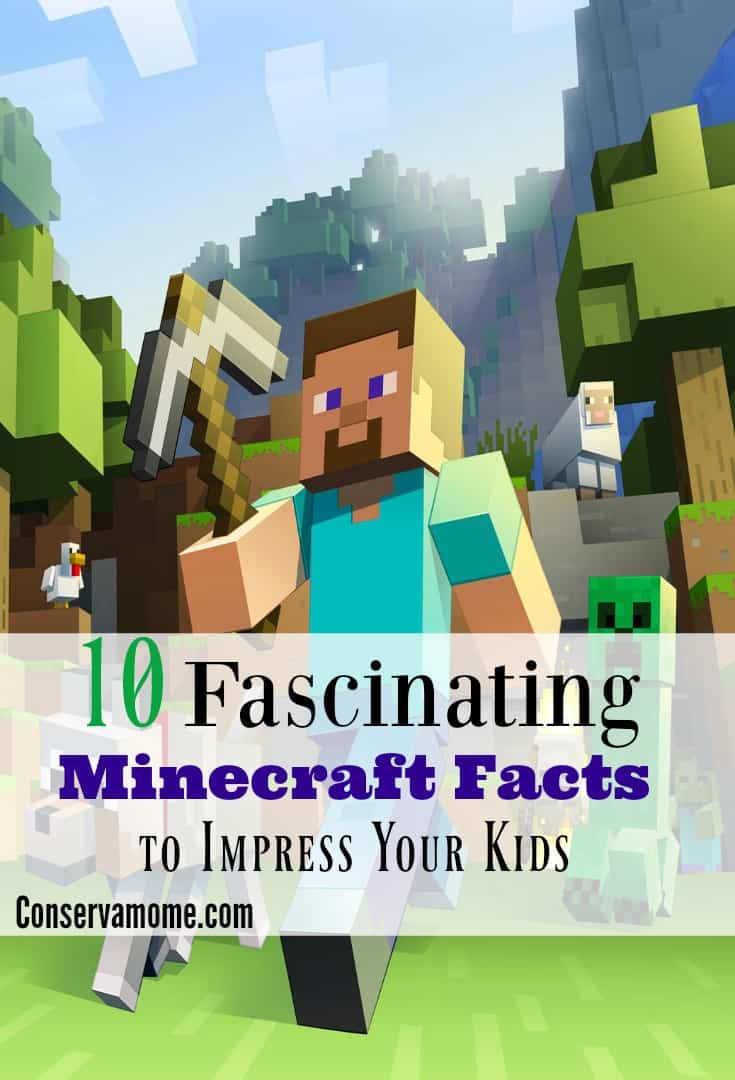 Minecraft is all the rage! My kids love playing it. Many times, I’ll catch all 4 older kids playing it peacefully together. Sight, yes peacefully. This game has become a huge hit in our home and if you’re like me chances are at first you had no idea what the heck it was all about.

*This post contains affiliate links. By purchasing any products listed here I will receive a commission at no cost to you. Thank you for supporting my page.

What are some interesting facts about Minecraft for Kids?

What is Minecraft known for?

Minecraft allows players to build constructions out of textured cubes in a 3D generated world. Other activities in the game include exploration, resource gathering, crafting, and combat. Minecraft is known for its characters such as creepers, Enderman, etc.. Most importantly it became famous because of youtube videos associated with it.

What are Gameplay modes?

So here is a round up of  10 Fascinating  Minecraft Facts to impress your kids. Because let’s face it, it’s important to keep on top of what they’re doing 😉

1.What was Mojang’s first name for Minecraft?

“Notch” the creator didn’t settle on a name for Minecraft until close to the end. Minecraft all began when he started working on a game named “Cave Game.” He was influenced to create the game by Infiniminer, Dwarf Fortress, Dungeon Keeper, and one of his previous games, RubyDung.

2.How long did it take to make the first version of Minecraft?

Although it took 6 days to create Minecraft the game wasn’t Complete for another 2 years.However, little is known about the first version because it wasn’t released to the public. There have been tons of various versions, the latest update is 1.11.2 so there have been quite a few since the beginning in 2010.

3.Minecraft is a huge learning tool at  SWEDISH SCHOOL.

There are schools in Sweden that actually introduced Minecraft as a mandatory lesson for 13 year olds. They believe this game will help the kids with critical thinking and help them with computer skills.

I think this game is great for Math knowledge as well, because it makes kids use Multiplication and real world issues such as building,

4. Creepers began as a coding Error.

One of Minecraft’s stranger native species is the creeper, an electrically charged predator with a haunting mug. Persson didn’t actually set out to design such a monster; he was trying to create a pig, but accidentally switched the figures for desired height and length when inputting the code. The result was the monstrosity that players know and love.

5.The Enderman Language is actually English in reverse. 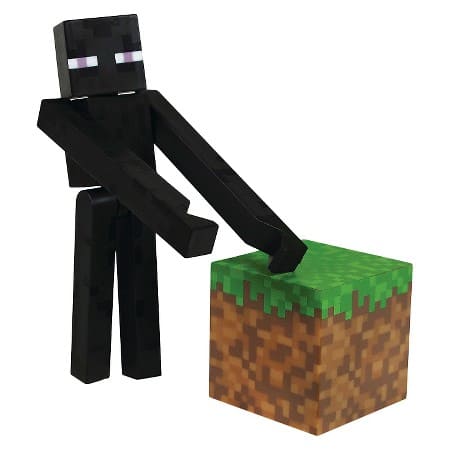 While this creature’s speech is nearly incomprehensible to the human ear, most of its exclamations are in fact English words and phrases (including “hiya,” “here,” “this way,” “forever,” and “what’s up?”) played backwards or lowered in pitch.Another fun fact, they’re also about 10 feet tall!

Chickens in minecraft are so big they’re about 3 feet tall (if they lived in the real world). Can you imagine seeing a 3 foot chicken? In the real world Steve would measure around 6.1 feet however he’s a strong dude that can carry around 782536292.585 pounds! 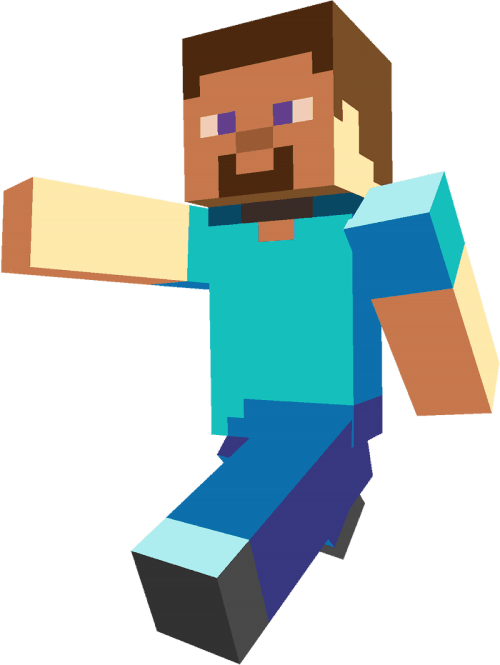 7. All cows in Minecraft are female, since you can acquire milk from all cows.

There are over 63 Minecraft Biomes but did you know that you can visit a secret one on the computer? Just head to the main menu,hold down shift while looking at other worlds options and you will be given the option to go on debug mode. Click it and see minecraft in a fun new way.

9. Pumpkins are more rare than Diamonds

There’s a lot of wacky things that are different than the normal world in Minecraft. Including Creepers can climb trees even though they don’t have arms. or that You can catch more fish when it rains.

10.Weather happens around every 7 Minecraft days, which is 2 hours real time

Time flies in Minecraft doesn’t it?

There are always new versions of Minecraft coming out and there are a lot of fun ways to play it either on the kindle, computer, xbox or Wii U. The sky is the limit to the fun your kids (or you) can have.

As you can see Minecraft is a very unique world. A world that will give your kids hours of fun. The important thing with this is common sense on your part, don’t let kids go overboard playing for hours. There’s even a disclosure in the game that says “Take a break 10-15 minutes” every hour you play, Don’t play if you’re tired or sleepy, and play in a well lit room.”  This can be a fun game but can become addictive so make sure as fīun as it is, to make sure and send your kids out into the real world for some breathers. 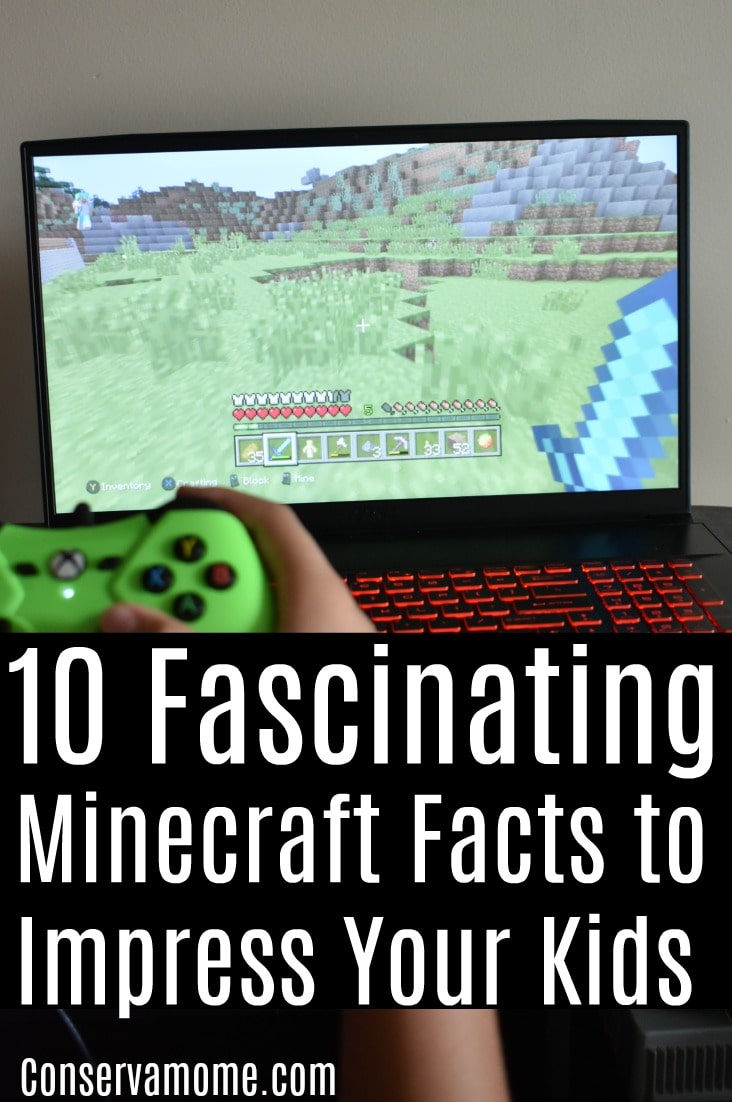 Looking for more great Minecraft info. Head over here to check out Educational Benefits of Minecraft. 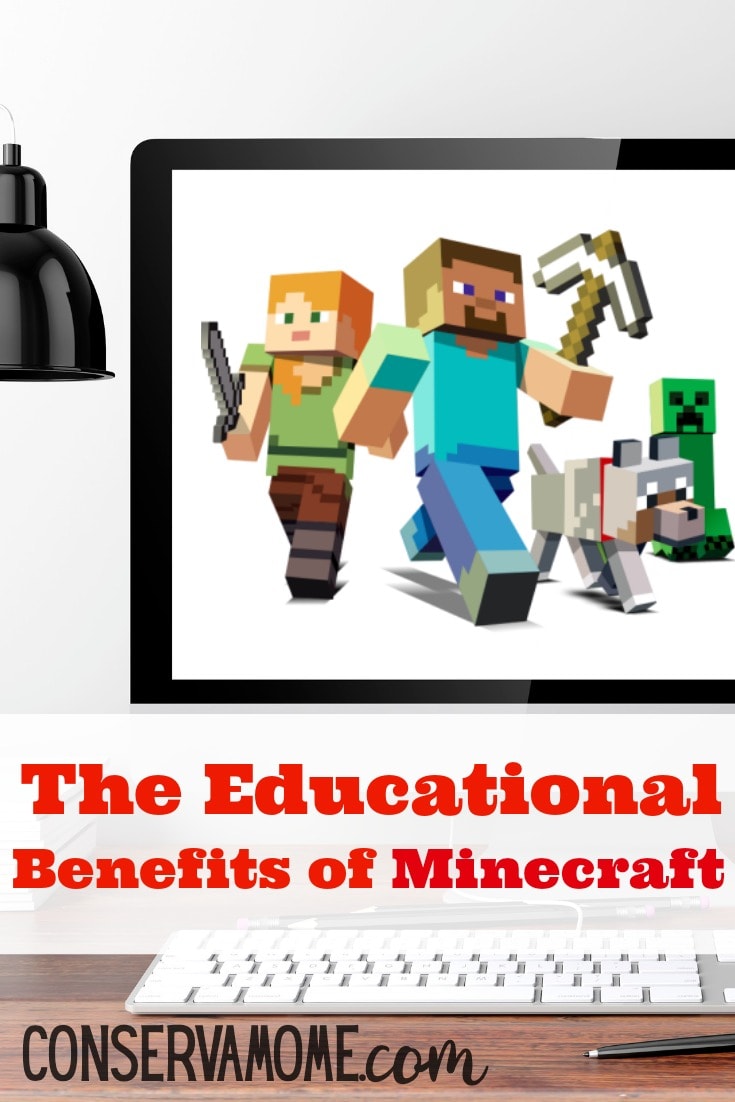 Looking for a fun Minecraft project? 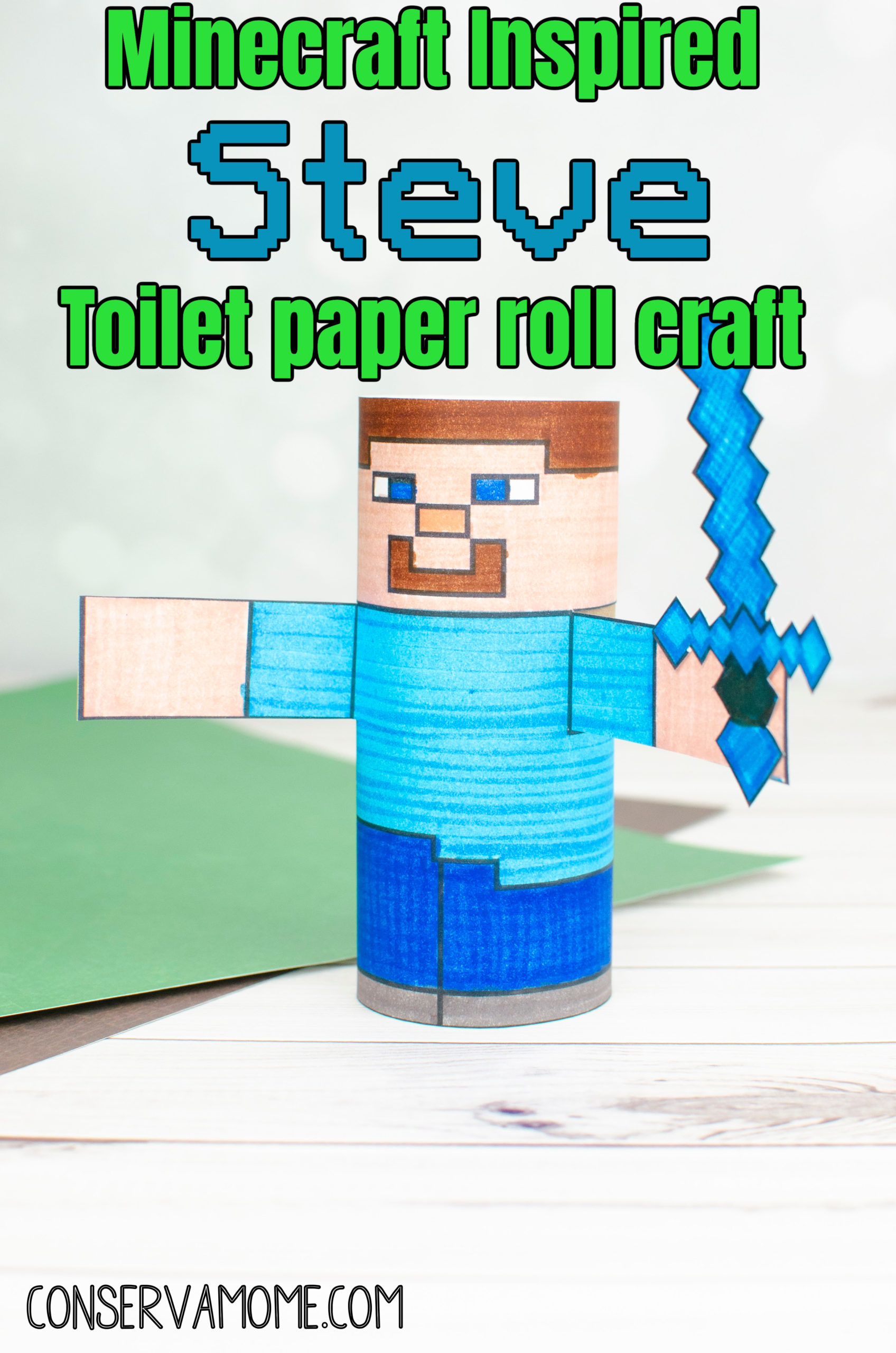