Sugar can be addictive and kids love sweets! Let’s talk about The Main Reasons Why Kids Love Candy So Much. 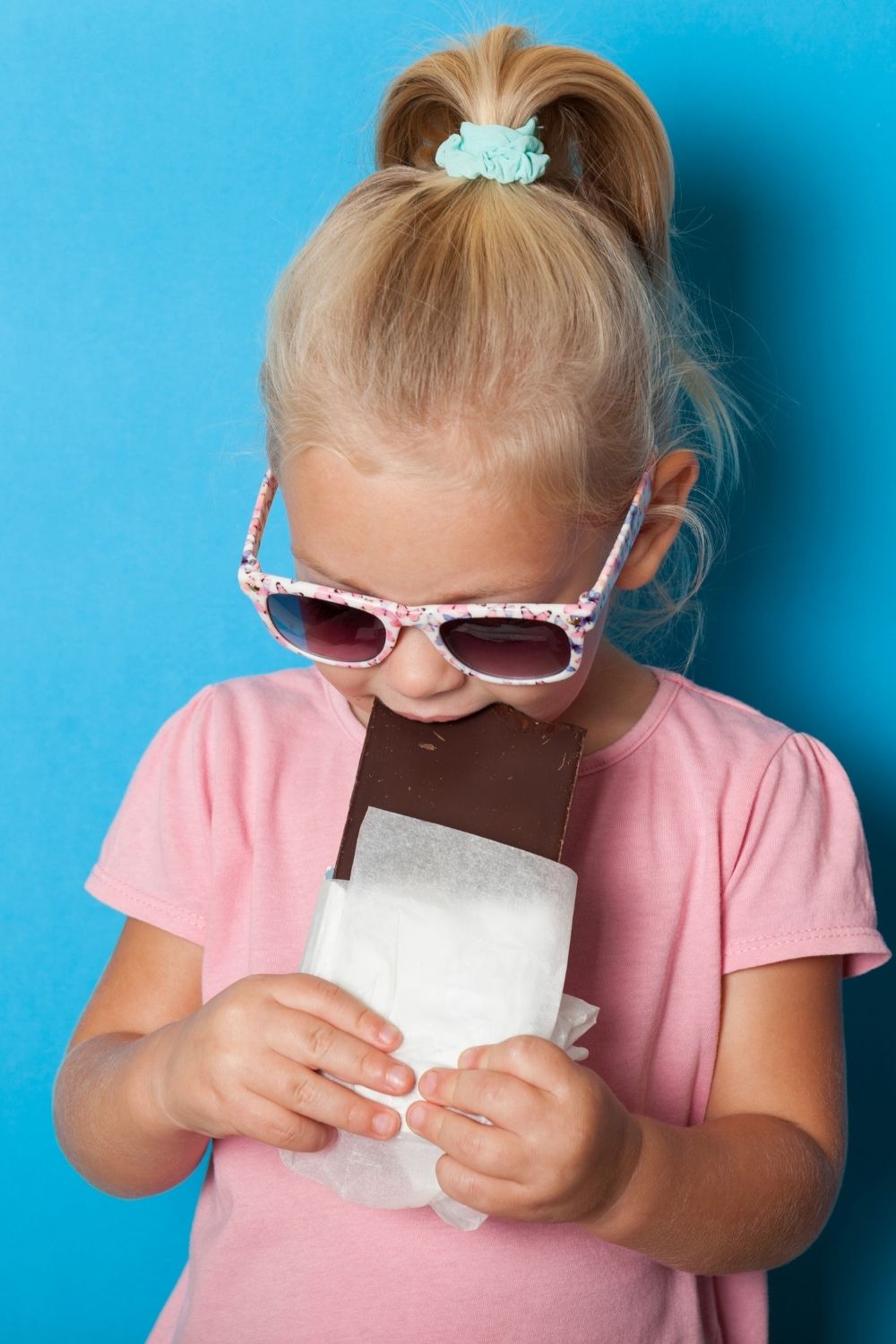 The Main Reasons Why Kids Love Candy So Much

Do you remember how much you loved candy when you were a child? It seems like kids just can’t get enough sweets! But why is that? What makes candy so appealing to children? In this article, we will explore the main reasons why kids love candy so much. We will look at the different factors that play into it, such as taste, psychology, and genetics. So read on to find out more about this topic!

They Taste Sweets Better Than Adults

One of the reasons why kids love candy so much is because they can taste sweets better than adults. This is due to a difference in how our taste buds work. Taste buds are made up of taste receptors that send signals to the brain. And it turns out that kids have more of these taste receptors than adults do. As we get older, we lose some of our taste receptors. And along with that, we also lose some of the ability to taste sweet things as acutely as we did when we were younger. That’s why things tend to taste sweeter to them. Therefore, it’s no surprise that kids would go for something that tastes so good to them!

They Love The Colors

Pink, blue, brown, green…kids love all the colors that candy comes in! Whether that’s chewing gum, popsicles, or even those little jelly beans, kids just can’t get enough of them. The colors are so bright and attractive to them. And it’s not just because they’re pretty to look at. Studies have shown that certain colors can actually affect our mood. For example, the color red has been shown to increase appetite. So it’s no wonder that kids would be drawn to brightly colored sweets! And it’s not just the candy itself that comes in different colors. Even the packaging is designed to be colorful and eye-catching for children. That’s because manufacturers know that this is something that kids love. 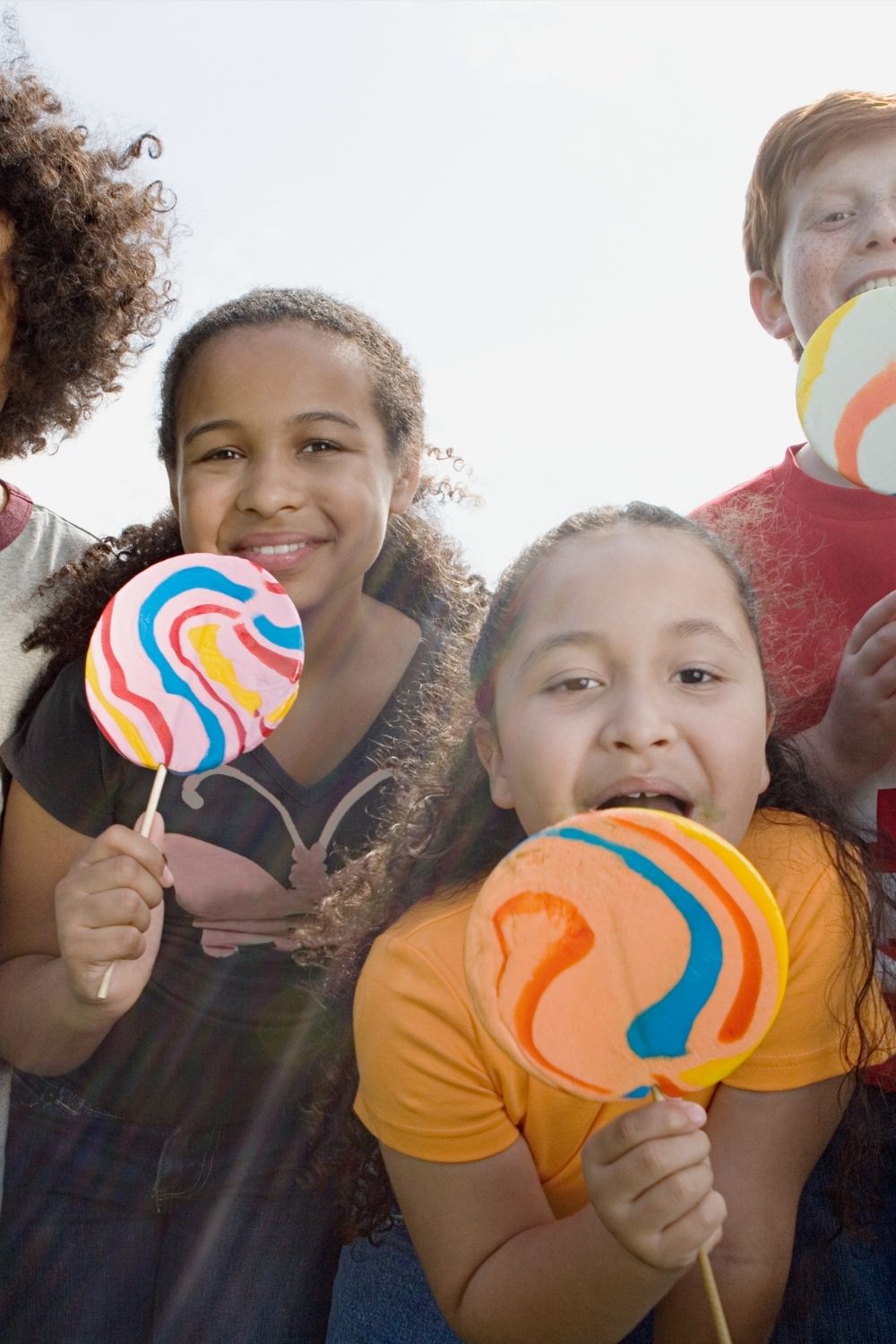 They Aren’t Familiar With The Negative Effects Of Sweets

Another reason why kids love candy so much is that they aren’t familiar with the negative effects of sweets. When you’re a kid, all you know is that candy tastes good and makes you feel happy. You don’t think about the fact that it’s not good for your teeth or that it can lead to weight gain. That’s why it’s so important for parents to educate their children about the dangers of eating too much candy. They can do it in a way that’s fun and informative so that kids can understand why they should moderate their intake of sweets. Only then will they be able to make informed decisions about how much candy they want to eat.

They Always Want Something That’s Forbidden

Kids love anything that’s forbidden. It’s a natural part of human psychology. We are drawn to things that we’re not supposed to have. And candy is no different. When you tell a child that they can’t have something, it just makes them want it even more. That’s why parents need to be careful about using sweets as a way to discipline their children. If you use candy as a reward, then kids will start to associate it with positive emotions. But if you use it as a punishment, then they will only associate it with negative emotions. Either way, you’re just making them want candy even more!

They Get Energy From Sweets

Another reason why kids love candy is that it gives them energy. When you eat sugar, your body releases a burst of energy. And that’s something that kids need a lot of! They’re always running around and playing. So it’s no wonder that they would want something that would give them an extra boost of energy. Of course, this is also one of the reasons why candy is so bad for you. The sugar high doesn’t last very long, and it can lead to a crash later on. But for kids, that doesn’t matter. All they care about is the immediate burst of energy that they get from eating candy.

Mother’s Cravings Could Have Something To Do With It

It’s been theorized that one of the reasons why kids love candy so much is because their mothers had cravings for sweets when they were pregnant. When a woman is pregnant, she goes through a lot of changes. One of those changes is an increased desire for sweet foods. And it’s thought that this could have an impact on the developing child. There’s no scientific evidence to support this theory, but it’s something that’s been suggested by some experts.

Genetics Also Has An Impact

Another theory is that genetics could play a role in why kids love candy so much. It’s been shown that people who have a sweet tooth are more likely to pass it down to their children. So if your parents loved candy, then there’s a good chance that you’ll love it too! In addition, some research has shown that certain genes can make people crave sweet foods. So if you have those genes, then you’re more likely to love candy than someone who doesn’t have them.

Marketing And Advertising Were Done Right

Finally, it’s important to remember that candy is a product that’s heavily marketed and advertised to kids. Companies know that kids are a major target market for candy. And they spend a lot of money to make sure that kids love their products. They use bright colors and fun characters to make their products more appealing to children. In addition, they often use marketing techniques that are designed to create a sense of urgency. For example, they might use phrases like “limited time only” or “while supplies last” to make kids want their products even more. And it’s working! Kids all over the world love candy.

It’s no wonder that kids love candy so much. It’s heavily marketed and advertised to them, and they get a lot of energy from it. Additionally, their mothers may have cravings for sweets when they’re pregnant, and genetics could also play a role. Kids are drawn to anything that’s forbidden, and candy is a perfect temptation. For all these reasons, it’s no surprise that kids love candy!