My family lives in Pennsylvania now, but you know I’m a Miami girl at heart! I was born in Florida and raised in Miami, so when I take my kids on a trip to see extended family, I always have a list of places to visit ready to go! At the top of this list are all of my favorite South Florida restaurants. I love to show my kids the culture I grew up in and share my roots with them! But on our most recent trip, one of these nostalgic stops turned into an odd experience. My goal at ConservaMom is to save Moms time and energy, so I’ve done the research for you. I want to share this story to raise awareness and keep your family safe. 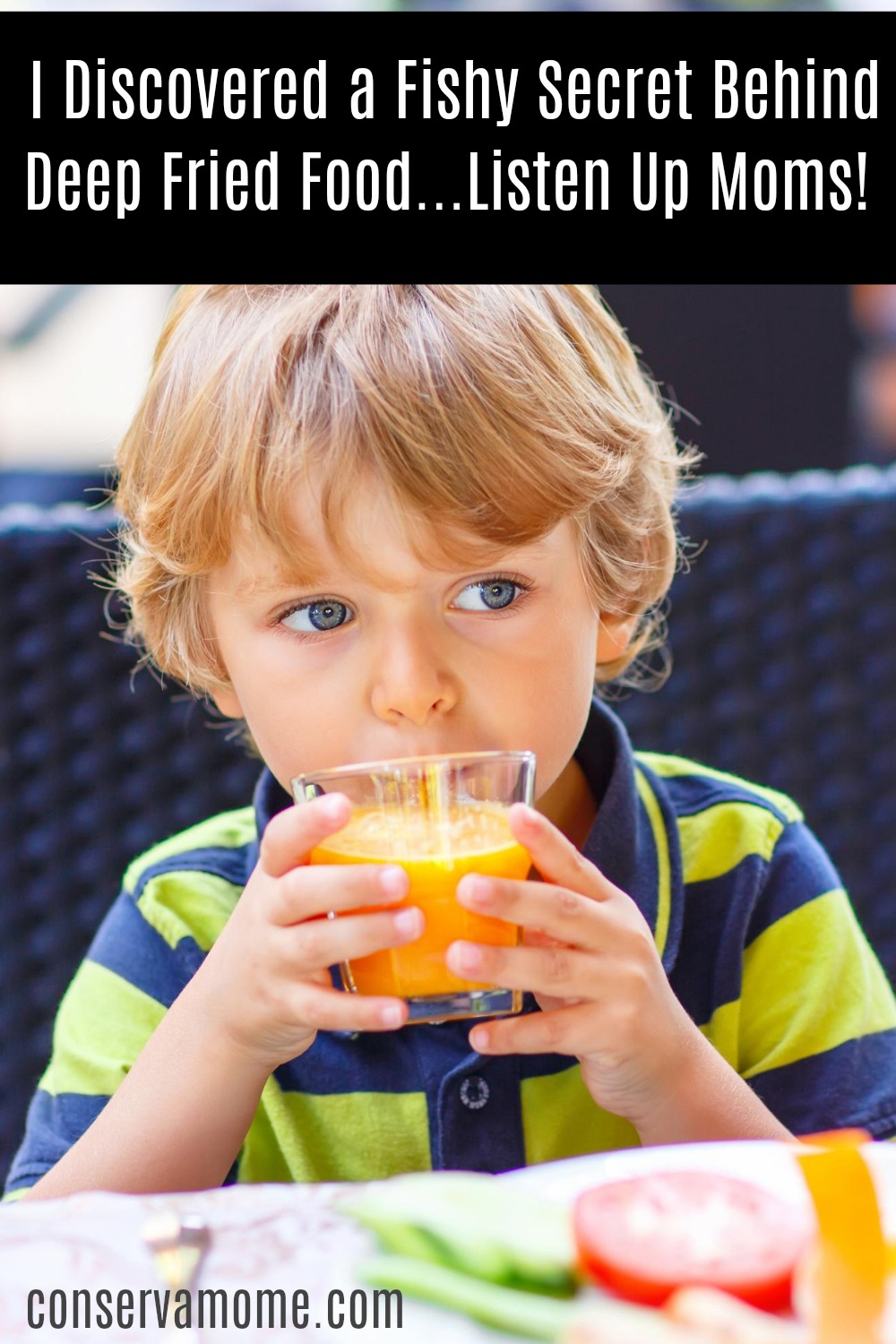 At the top of Miami restaurant list is a spot on South Beach, which I will not name here. They’re known for their fried alligator and conch fritters (if you’re not from Florida that sounds weird, but I promise it’s good!) and these are treats I can’t find in Pennsylvania. We sat down, took in the view, and ordered. Most of my kids were excited to be adventurous and try the calamari and alligator, but Dominic is picky, so he ordered the chicken strips.

When the food came, I was so excited to chow down on my fritters, but before I could, Dominic took a bite of his chicken and started crying. “Mooooom! I said I don’t like fiiiish!” I did not have time for a tantrum in public. I immediately flagged down a waiter and told them they had sent out the wrong item for my son. She looked down at his plate where he was sitting at the other end of the table, and claimed that no, he had chicken tenders. Now I was embarrassed. I should have checked before complaining!

But Dominic refused to take another bite. I had him pass me his plate, and I bit into a tender. This wasn’t the mistake of a 5 year old….his chicken strip strongly tasted of fish! Enough so that even I was pretty grossed out, as someone who likes fish! When the server came back, she didn’t seem to think anything was wrong with the chicken, and I didn’t want to argue. I ordered Dominic a basket of french fries and resigned myself to making him a PB&J back at the hotel later.

Later that night when the kids were asleep, I kept thinking about the incident. I couldn’t stop wondering how Dominic’s chicken tasted so fishy. Was it cross contamination? Can that even happen between two types of meat? I assumed that kitchens probably use the same fryer to fry everything, but I figured if they are doing things properly, items shouldn’t taste like each other. I decided to look it up.

I did a quick scroll through Google, which took me down a path of reading several articles and even some research studies. I learned some disturbing information. According to what I read, the fishy taste came from a deep fryer problem that doesn’t just cause gross taste…it could also be linked to cancer! I was shocked. The worst part is that apparently, it’s not uncommon.

As a Mom who spends a lot of time researching health, I couldn’t believe I hadn’t heard about this. Basically, when restaurants don’t change the oil in their fryer often enough, the oil quality becomes degraded. Naturally, little bits of food come off during cooking, which wouldn’t normally be a problem. But, when they float into degraded oil, the little pieces of food (in this case, fish) get refried until the oil is changed, and therefore char. The charred bits stick to other food (like my son’s chicken tenders) and can affect the flavor. They can also be very dangerous! I had heard of food char possibly being cancerous, but I always imagined it on a grill. I didn’t know it could happen in a fryer! You’d think there would be a filter or something to keep that stuff out…or they could just change the oil more often? It doesn’t seem that hard.

I don’t want my kids eating food with gross bits of refried fish stuck to it. Some sort of solution must be put in place! While cross contamination of flavor is pretty gross, I’m much more worried about the health of my family. Restaurants need to be held accountable for the quality of their oil, and systems should be put in place that require them to change their oil before it becomes toxic. From what I could find online, there are no regulations here in the US that mandate clean fryer oil. The FDA should be involved in this! Moms – it’s time to protect your family and speak up!