Sign up for all the latest!
Home » Parenting » Pregnancy

My little Rainbow baby is finally here and between the chaos of the first few weeks and our soon to be relocation to Florida things have been a whirlwind around here. No less a whirlwind than his birth though 🙂

From the beginning I decided to make this my most natural birth to date. I decided on no epidural,pitocin,induction or anything medical in order to tamper or alter my birthing experience. Bummies Birth (#3) was a hard one because I did get induced and I did get an epidural which didn’t work. It only numbed my right thigh for 3 days which would have been great had I given birth through my leg but sadly that’s not how it works. So due to that and the terrible afterbirth feeling I knew that I had to take as much control over my birthing experience as possible.

I was initially nervous that my natural experience wouldn’t happen because I got diagnosed with Gestational Diabetes halfway through my pregnancy. This was the first time this happen to me ..go figure it would happen during my 4th pregnancy right? I was able to control it with diet,and honestly not even that..my blood sugar numbers were always so low or where they were supposed to be during the pregnancy that it almost felt like I was misdiagnosed or the inital test was a bit of a fluke. It did force me to eat healthier but it did cause a lot of stress the first few weeks of figuring out my diet/Blood sugar levels etc..

Because of all the information I read online I was concerned with issues preventing me from birthing naturally by needing a C-section to getting induced due to the “size” of the Baby. I am greatful it all worked out and on October 20th at 12:22 my little 4.0 was born!

Leading up to the Birth….
Because I had heard a lot about Birth Preps which are a various concoction of herbs to help the body get ready for birth I decided to take some in order to “Prep my body”  for the birth. After lots and lots of Reading I finally settled on 5W by Natures Sunshine. The instructions say to begin taking the last 5 weeks of pregnancy but I was worried it would cause preterm labor so I didn’t begin taking it until I was 36 1/2 weeks pregnant. I noticed my BH did get a little more “thrilling” and obviously were doing something because I was dilating about a centimeter each week after my 37th…  The pills do not bring enough for the 5 weeks so once they were done I stopped taking them which was about half way through my 38th week. I thought about buying more but decided to start walking more and using my exercise ball to help put the pumpkin into position.

October 19th  (39 weeks 6 days pregnant)
I had felt “funky” all day and had been running errands all day with my family. We went for a long walk around Target, ate some spicy Mexican food and even went to the grocery store where I picked up some Pineapples which are supposed to help induce labor 🙂  I figured it was an old wives tale but the pineapples looked so yummy and on sale so I figured why not. Of course I was only able to eat half of one because my kids kept asking me for some so I think that theory got thrown out the window. Hubby and I had a nice BBQ dinner with my parents and after watching some episodes of our favorite show (Warehouse 13) I decided to call it a night by around 10:00pm. I still had this funky feeling I can’t explain where it *almost* felt like contractions but more discomfort than anything else, after saying my night time prayers and finishing my novena to St.Gerard (who happens to be the Patron Saint of Pregnant Women for Catholics) to interced in my behalf and help me have a safe and easy labor. I “”Fell asleep” litterally zonked out…when what must have been 15 minutes later I woke up feeling stronger contractions, enough where I got a little “Concerned” so I yelled over to my hubby and let him know something was up. He of course said let’s go to the hospital and I’m like no..just wait a little more until I can figure out what these contractions are timing out at. As soon as I said that I felt a gush of water and hopped out of bed faster than a cheetah! Yelling Oh Carp! My water just broke! Of course he starts freaking out telling me to get dressed, I actually stayed pretty calm and asked him to go get my parents downstairs. This was about 11:07pm.

I got dressed in a blur, threw in the last few things into my bag while stopping every few minutes because of contractions. I managed to give my 3 sleeping pumpkins a kiss and a blessing before swooping out the door and into the car. I popped on my earphones and began listening to my IPOD in order to “Zone out” the contractions. At this point the contractions were coming about 3-4 minutes apart and even though the hospital is only 15 minutes away my hubby started getting nervous. I was in  quite a bit of pain but I have to say it wasn’t as bad as when in the past I had been given pitocin.

We arrived at the hospital at 11:38 where I was swooped off in a wheelchair while hub parked the car. I was dressed and thrown on the bed in minutes. The nurse came in to check me and said I was dialated to 6 and that my water had not broken completely but I was definintliy in labor. They strapped me up to the monitors (which I hate!) and all of sudden they came in to do blood work and put an IV needle in “just in case” I tried arguing with them not to do it because I wasn’t getting pitocin or anything else but they insisted it was “Just in Case” -Now this is when you need a strong advocate because I was in so much pain and my husband was so wrapped up in other things that I didn’t even bother arguing.

I asked to go to the bathroom…not that I had to go but I just wanted to get away from all the chaos in the room. I later called the Bathroom my “Happy Place” because I placed my ipod in one of the pockets of my gown and labored for a little while in there(it felt like 10 hours but only ended up being about 30 minutes-which I guess feels like an eternity when in labor)
All of a sudden I saw the doctor walk by with an adorable little ultrasound machine and I was “asked” to go out so he could check the baby’s position….silly man, little did he know what was going to happen next.  As I reached the bed I had the mother of all contractions and had the sudden urge to go “#2 ” and said so very loudly well the nurse looked down only to realize the little guy’s head was already coming out. So as quickly as we got there I was thrown on the bed. Poor doctor wasn’t even dressed to give birth he somehow threw on his hat, gloves and sterile equipment in order to catch little 4.0 within minutes and a couple of pushes our 4th little Blessing was born at 12:22 am on October 20th,2012…His due date! 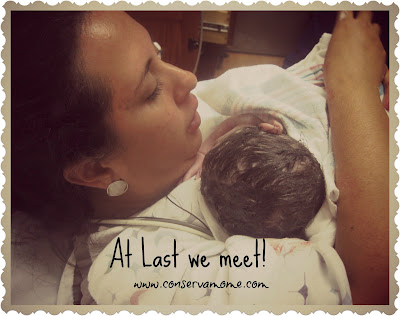 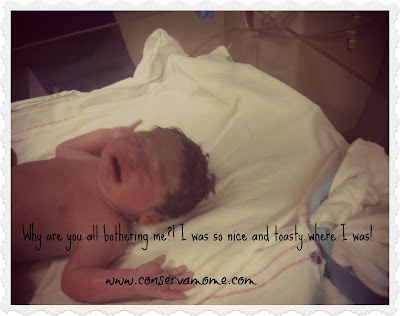 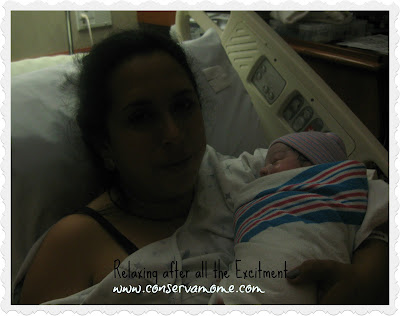 Here’s my little man getting his “first bath” 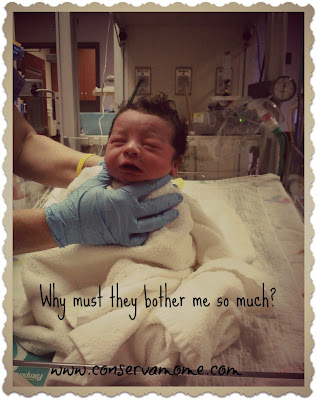 All Clean and just resting after a long few hours.. 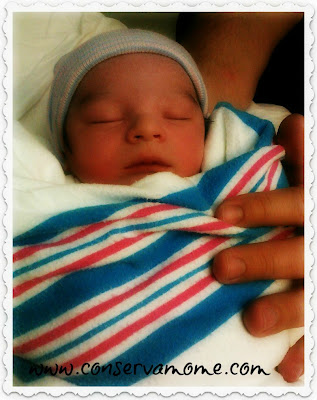 Getting a visit from my pumpkins the next day. 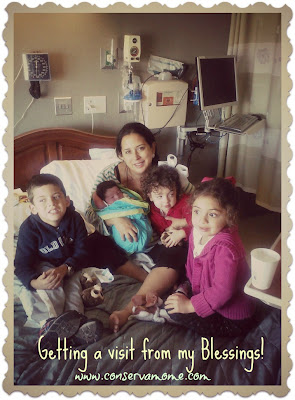 Just taking it all in. 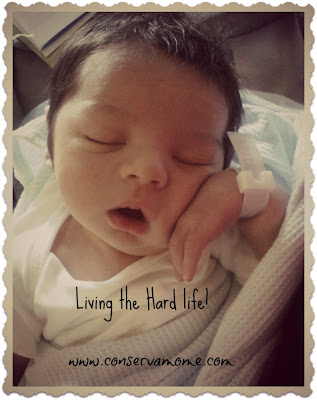 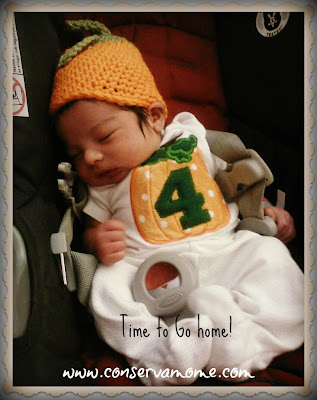 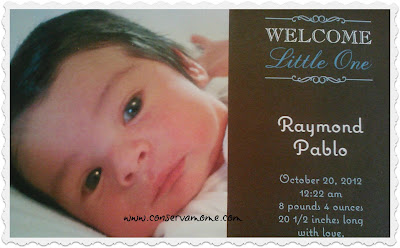 Post Birth: Looking back not only at the speed but recovery and actual birth this was obviously my easiest one. I don’t know what factors led to it being this way but I guess it was a combination of it all. The pain was a lot less severe than with the pitocin. The contractions weren’t as strong and as intense.  Without the epidural I did feel everything more but I did notice 4.0 was a lot more alert after birth than my other ones and started nursing right away without any issues Physically I wasn’t as in much pain as I usually am after birth due to the fact that I can’t feel how hard I pushed with the other ones. However, he came so quickly I don’t know how much control I had over that.lol  I am glad I chose this route, it’s not for everyone but I am glad it worked out for me 🙂 I have to add the*stupid* IV which I knew they were putting in just in case actually flew off at the beginning of the second push and left a nasty bruise for a few weeks(grr). It’s been almost a month since he was born and I feel great. We are very blessed to have been given such a sweet little man. After this experience, I guess I know now what to do for the next time 😉 lol 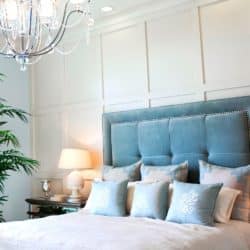 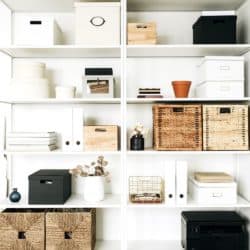 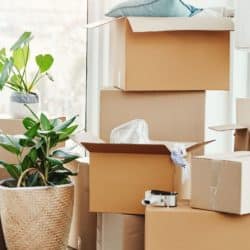 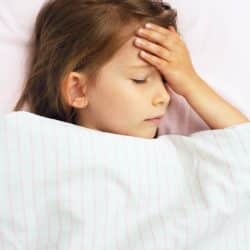