A mother gave birth to twin boys, but they were born in different years and on different days. And no, they are not part of 2 sets. How is this possible?

Check out this fun Riddle below: 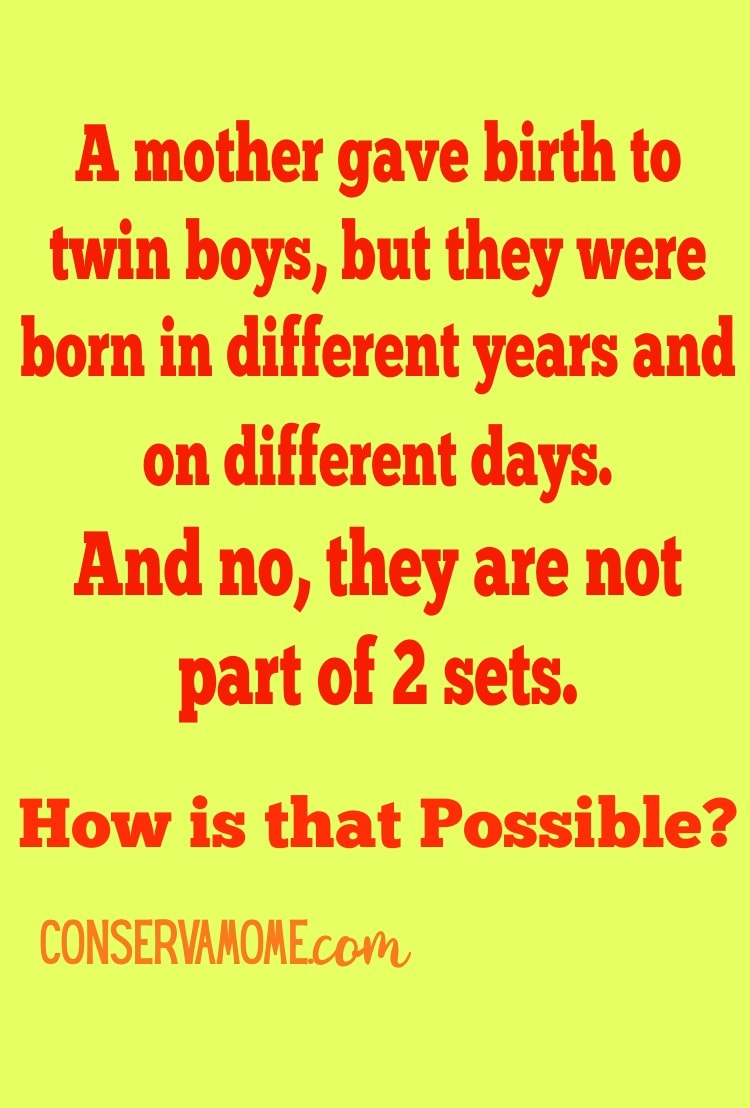 For those of you who follow my page, you’re familiar with some of the fun riddles I post daily. I Love posting them because they’re not only a blast to read but they really do work brain and make you think.

Sometimes the answers are right in front of your nose, while other times the answer is a little harder to figure out. Some of the brain teasers are more like groaners and some, well some would crack up your 10 year old.

The important thing about all these brain teasers are that they make you think outside the box and realize that things aren’t always what they seem or are they?

Here are a few to warm you up before we get to the answer:

Looking for some more riddles? In honor of Mother’s day here are a few more to get the mind going and enjoy!

Riddle: A mother has 6 girls and each of them has a brother. How many children are there?
Answer: 7. Each girl has the same brother.

Riddle: A mother has 5 children. Half of them are sons.
Is this possible?
Answer:Yes. Never say the other half wasn’t boys…

Riddle:What did the digital clock say to its mother?

Riddle:Why do mother kangaroos hate rainy days?
Answer: Because the baby has to play inside.

Riddle: What did the mother rope say to her child?
Answer: “Don’t be knotty.”

Here’s another fun one: 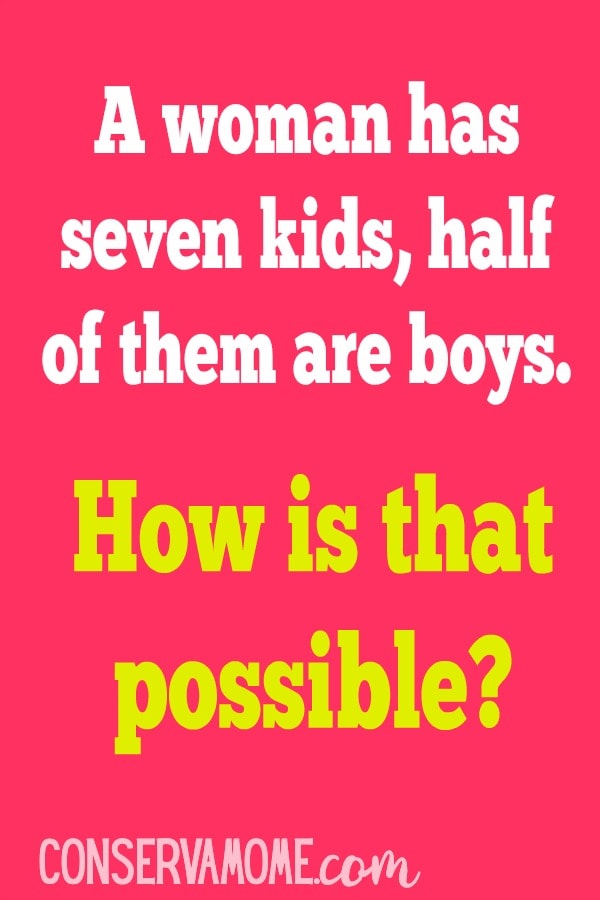 Can’t figure it out, here’s the answer

You are in a cabin and it is pitch black. You have one match on you. Which do you light first, the newspaper, the lamp, the candle, or the fire?

Answer: You light the match first!

Who is bigger: Mr. Bigger, Mrs. Bigger, or their baby?

Answer: The baby, because he is a little bigger.

A farmer has 17 sheep and all but nine die. How many are left?
Answer: Nine

Answer: The sequence is first letter of the months of the year. September, October, and November are the next in the sequence.

How far can a rabbit run into the woods?
Answer: Halfway. After that, he is running out of the woods.

Which is heavier? A pound of feathers or a pound of rocks?
Answer: Neither. Both weigh a pound!

So with out further ado, check out the answer for the fun Mother’s Day Riddle above: 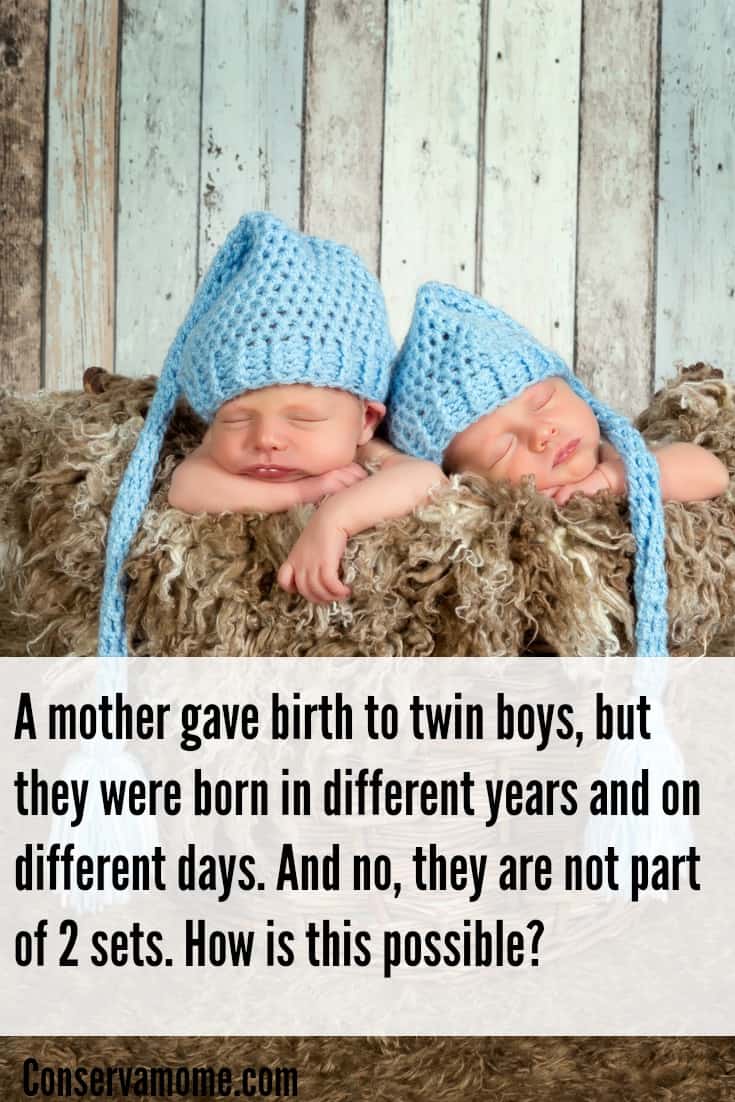 Are you looking for more fun riddles? Check out all the fun riddles and Rebus puzzles I have posted on my Riddles page here.