Here are some great reasons to drink raw milk. Most important it tells you about the great health benefits that are found in one glass of Milk. 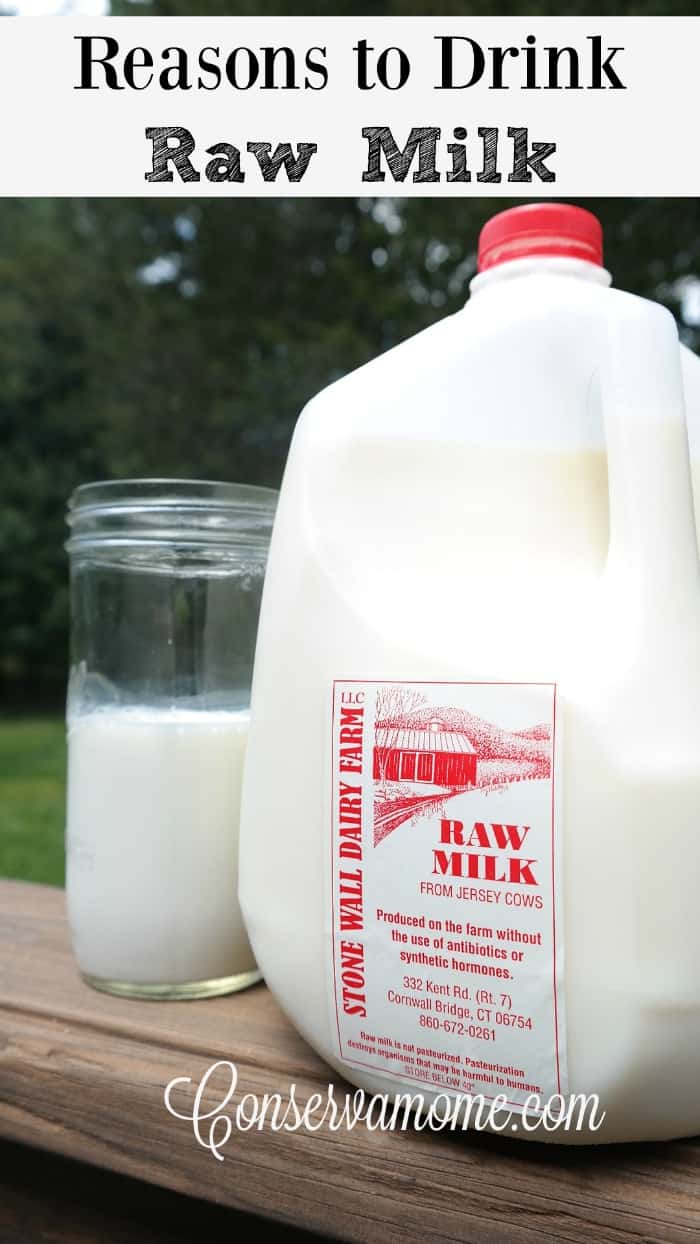 When my #3 was a year old we did what every parent does, introduced her to milk. Little did we know that she would have an intolerance/allergy for it. At first we chalked it up to different factors until we pinpointed the fact that her body hated milk. It was crazy! Every time I would give her a bottle of milk she would either throw it up,  get a rash or diarrhea.  After a couple of weeks we realized milk was the factor in her reaction. So we tried various milks but none really seem to work. After a few weeks of trial and error a friend recommended Raw Jersey Cow milk. Now if you are like me,there was a concern as to why in God’s Green Earth we would give our child Raw Milk …ie: milk that hasn’t been pasteurized. I mean Louis Pasteur put that medley together for our health and any alternative was crazy. That being said when I began to research the reasons to Drink Raw Milk I  was blown away by what I found.

To begin, when I mention raw milk, I’m not talking about going up to a shady pickup truck in the middle of a deserted parking lot. I’m talking about finding a clean farm that acquires it in a sterilized environment. We found that, though there’s a risk of becoming sick from drinking raw milk, It’s been well worth it. After researching the statistics I realized the worst case scenario from drinking raw milk is super small: about 1 in 6 million. In essence you have a better chance of getting sick from a burrito at Chipotle. So the first thing I did was head over to the Weston A Price Foundation to find out more information on where to buy it and what to look for.

Once we did this, I realized how beneficial and amazing this product truly was and how many great things we were loosing out on not getting Raw Milk.  I should add, consuming raw milk  isn’t for everyone, and if you have a weakened immune system this *may* not be for you. Also, one must see the laws in your state because in some states you may be breaking the law if you purchase it. Sadly , in resent years federal and state agents have conducted armed sting operations in the US, raiding farms and issuing criminal warrants for farmers and store owners from coast to coast for selling  Raw Milk. Yeah…Breaking Bad folks!  Even in  Florida, consuming raw milk is illegal. Thankfully since moving to Connecticut, we once again have access to it because it’s legal to buy at the store.

That Being said why take the extra effort and chaos to acquire this  product?  Below are some great reason:

The fat present in raw milk is rich in natural so many natural fat-soluble & water soluble  vitamins,   A quart of raw milk from grassfed cows contains approximately 50% more vitamin E and 7% more folate than pasteurized milk.  Fresh raw milk naturally contains vitamin C which is completely absent from pasteurized milk.   Vitamins, like food enzymes, are delicate and are  destroyed by heat; therefore, pasteurized milks are fortified with vitamins,which makes most of the vitamins in milk not naturally occurring but synthetic.   Your body knows this and doesn’t treat it the same way as natural vitamins. So in essence yes, you’ll get those vitamins from milk but not naturally and the effects may not be as good as the real thing.

Raw Milk is rich in good bacteria and full of live good stuff!

Unlike pasteurized and ultra–temperature (UHT) pasteurized milk, raw milk is a living food.  I get it most, people cringe at the thought of eating “Live stuff”. However, how many people opted to breastfeed their babies because of the live benefits. Well milk has many of the same great benefits (albeit not all) So when milk is pasteurized  Several of milk’s natural components including beneficial bacteria, food enzymes, natural vitamins and immunoglobulins that are heat-sensitive die.   Even in light pasteurization. Honestly, most foods – milk included – provide best nutrition when consumed in a raw or minimally cooked state.   While heating milk doesn’t change the mineral composition to any great degree, it does, however, change their bio availability rendering all that lovely calcium less absorbable by the body. So yes you’re still consuming the good stuff but not as great as it should be. 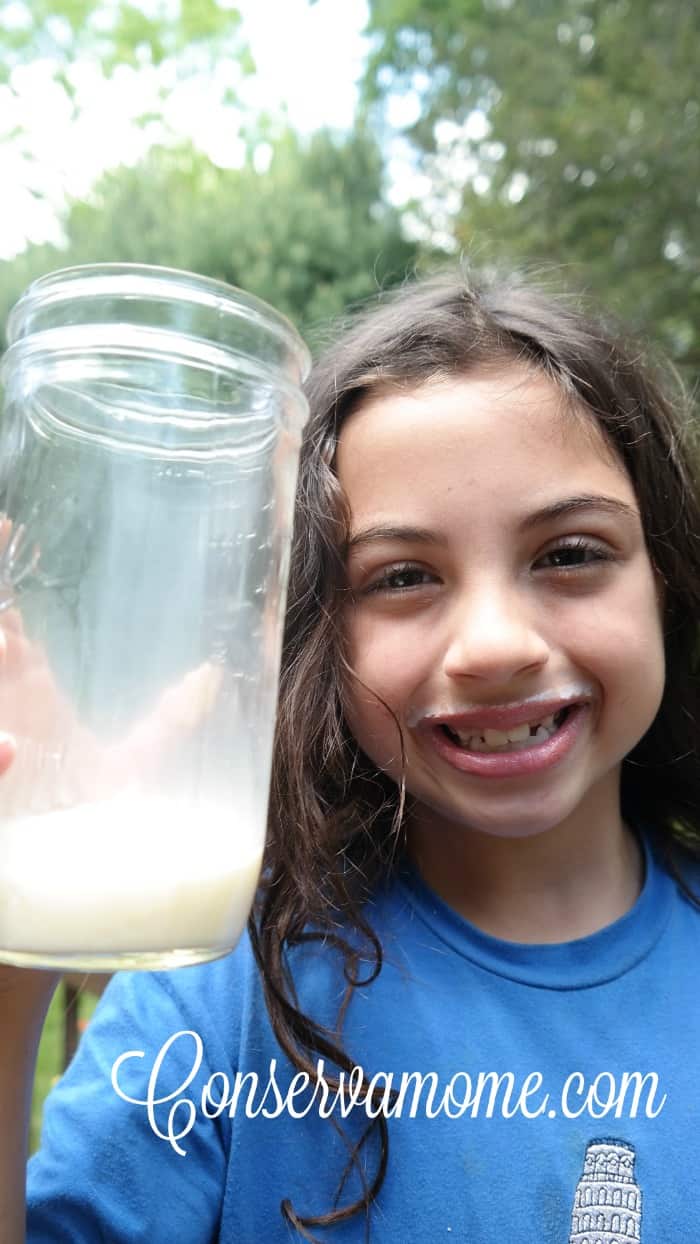 Raw Milk is not Homogenized

Raw Milk is full of Probiotics

Probiotics are microorganisms that line your gut and support nutrient absorption and protect you from foreign invaders like E. coli and parasites. They are also essential in your overall well being. They help protect you from stomach to health issues. The best way to include probiotics in your diet is in their most natural state, which includes raw milk products such as cheese, kefir and yogurt.

Below are some issues probiotic rich foods are known to help with include:

A study study published in the Journal of Allergy and Clinical Immunology was done on 8,000 children and the researchers believe that by drinking raw milk you are “naturally immunizing” the body the way God created. Other studies together are proving that children who drink raw milk are 50 percent less likely to develop allergies and 41 percent less likely to develop asthma compared to other children. So although  you will mostly hear about the benefits from people like me who have experienced them first hand now we have journals backing our stories up!

These are just a few of the reasons that make raw milk an amazing super food. However, for us it was simply the fact that it gave my daughter the ability to drink milk. After having her on Raw milk for a year she was able to begin digesting “regular milk and milk products” without any issues. Because I had my whole family on it our health was amazing! Going through Cold Kansas Winters were no issue. We barely got sick when we had access to it. Seriously! I have little kids that lick and eat stuff off the floor and we never got sick. I saw a drastic change in all of our health when we no longer had access to raw milk.

I’m excited to have found a reputable source here in Connecticut.I don’t know why it is that the FDA cracks down on the sale of Raw Milk SO aggressively, as if it was some sort of drug or contraband. I am pretty sure there are reasons such as lobbying groups etc.. I know that people freak out with the health concerns or dangers. However, when you compare it to the concerns of other foods I just don’t get it. Either way for now I’ll continue to enjoy the health benefits of this delicious liquid goodness and most important appreciate the fact we can get it with ease.

To find out what the laws are and where you can get it in your state head over here!

Looking for other healthy options in your life? Check out 6 Benefits of Drinking Bone Broth