Disney’s new Aladdin Live action film is here. Read on to find out what I thought about it and why you need to add it to your collection. Disclosure: I received this movie free of charge for my honest review. However, all opinions are 100% mine. 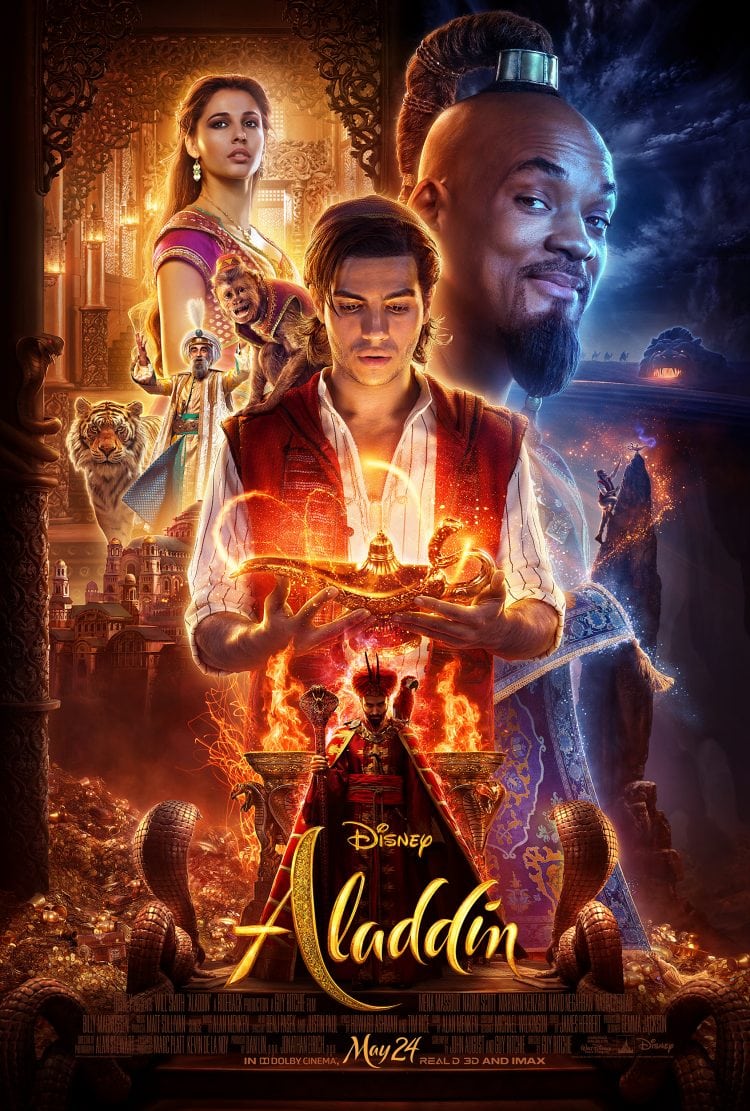 If you grew up in the early 90’s chances are Aladdin was your movie. I remember being such a fan of it and loved so much about it. It was the first time I remember a Disney Movie being funny, entertaining and cool. Even for a difficult 12 year old like myself.  So when I heard that Disney would be releasing a Live Action Aladdin, I’m not going to lie, I was concerned.

What would they be doing to my beloved classic? Would they be able to honor not just the story line but Robin Williams who played the Genie so well? Read on to find out what I though…

Well for starters the casting was fantastic. It felt like when you read a book and imagine what the characters are supposed to look like. When I saw the various characters on the screen I realized, yup, nailed the casting.

As for the story line it doesn’t deter too much from the “original” including some of the original songs. That being said the similarities end there. This movie was awesomeness in my book.

If you’re going into this movie comparing the original Aladdin, please don’t. I know it can be hard. But I want you to see the bigger picture and message you just can’t get from the cartoon version.

The songs for the most part are the same with a few new numbers. However, I really enjoyed seeing more depth of character which a live action film can give it. Most important, Will Smith doesn’t disappoint.

This version is a winner and you can easily get a copy online or in stores.

This new version includes the following Bonus features include*: 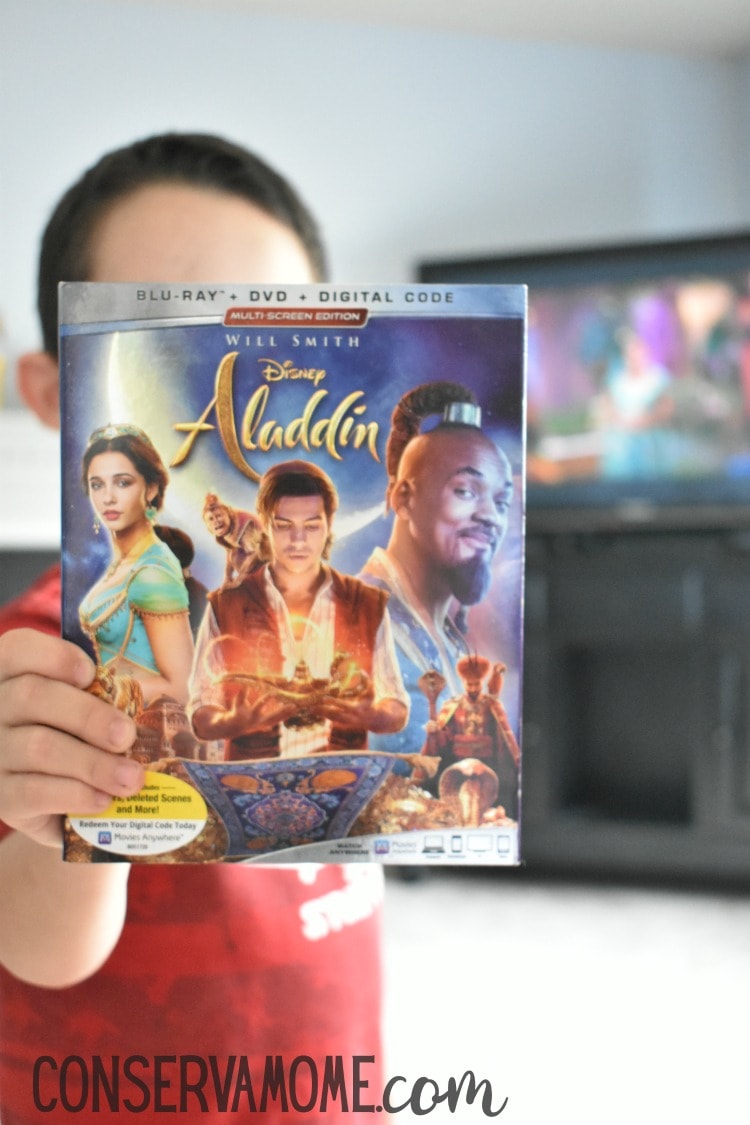 *Bonus features may vary by retailer

Fans of all ages will enjoy the exciting, humorous tale of the lovable “street rat,” Aladdin (Mena Massoud), courageous and self-determined Princess Jasmine (Naomi Scott) and the larger-than-life Genie (Will Smith) with all-new bonus features.

The release of the live-action adventure coincides with the addition of the original animated classic to the highly celebrated Walt Disney Signature Collection  —  granting “Aladdin” fans everywhere the opportunity to own both magical movies.

“Aladdin” is sure to become an instant classic for viewers of all ages and will be packaged several ways to ensure the entire family gets the most out of its in-home entertainment experience. 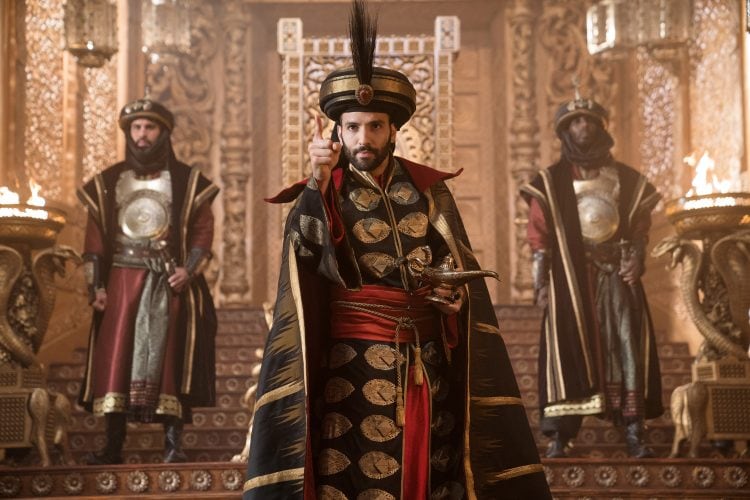 The film arrived two weeks early on Digital 4K Ultra HD and HD. A Digital bundle, which includes both the Walt Disney Signature Collection edition of the original animated classic “Aladdin” and the live-action adaptation, is now available.
Along with a  physical copy of the film as a 4K Ultimate Collector’s Edition (4K Ultra HD, Blu-ray, and Digital Code), a Multi-Screen Edition (Blu-ray and Digital Code) and a single DVD.
So what are you waiting for? Head to stores or online to grab your copy today. If your saw it already, make sure and add it to your Disney library. If you didn’t then make sure and enjoy this instant classic.
Don’t forget to check out the cartoon version of Disney’s Aladdin while you’re at it and introduce this fun classic to your kids. Grab the new Walt Disney Signature version out now in stores.

Looking for some fun activities to go along with Aladdin? Head below to check some out.: 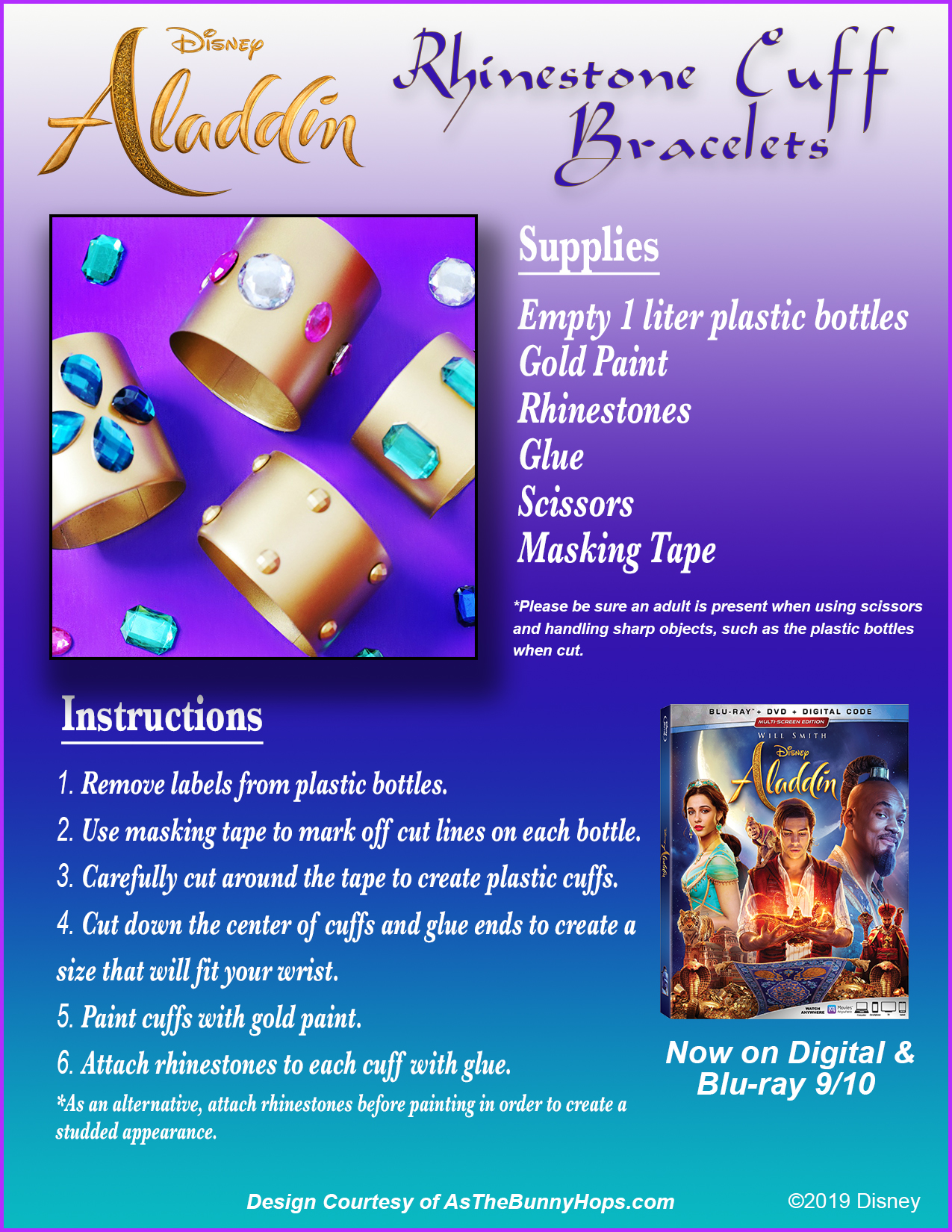 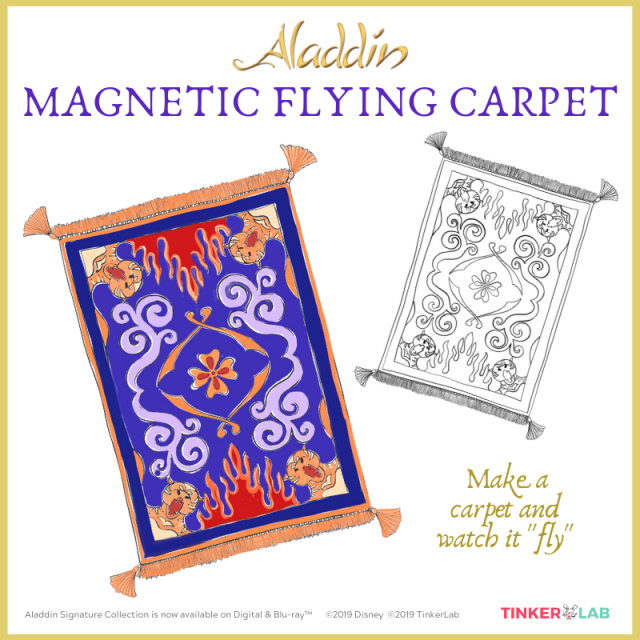 You can grab the template below. 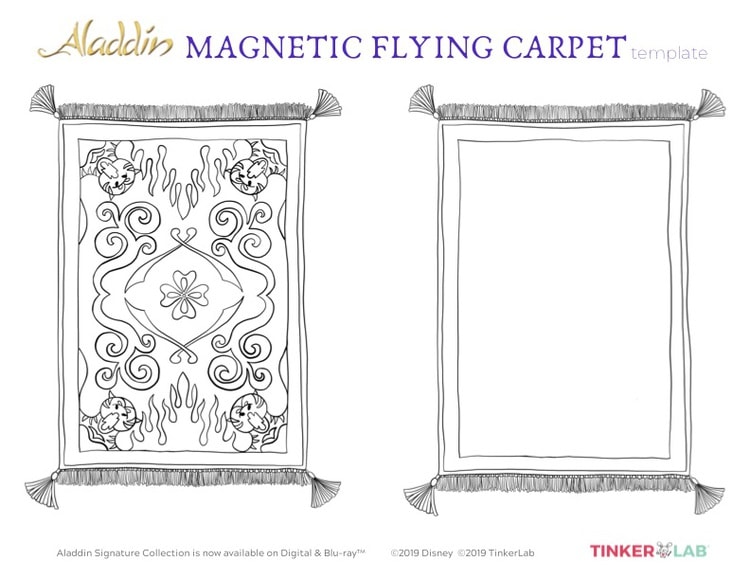 Finally, You’ll appreciate this recipe when you’re done seeing it 🙂 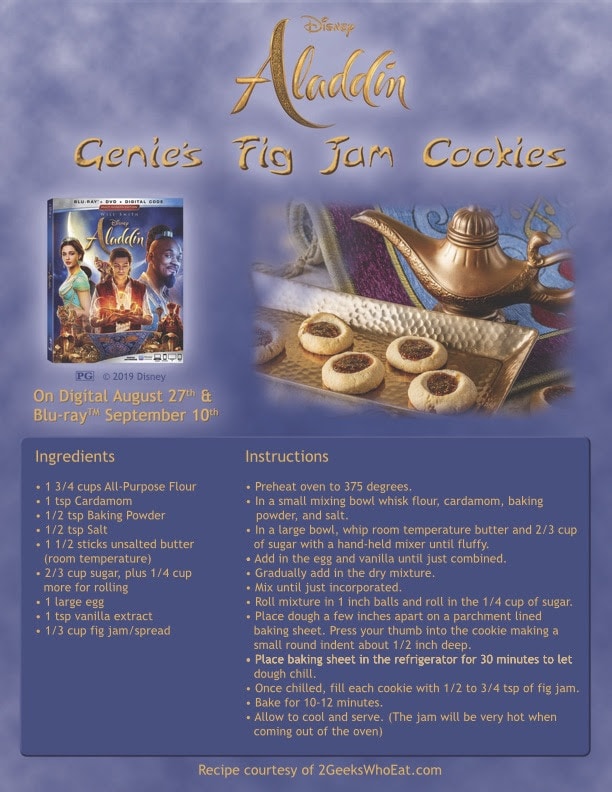 Most important grab your copies today!